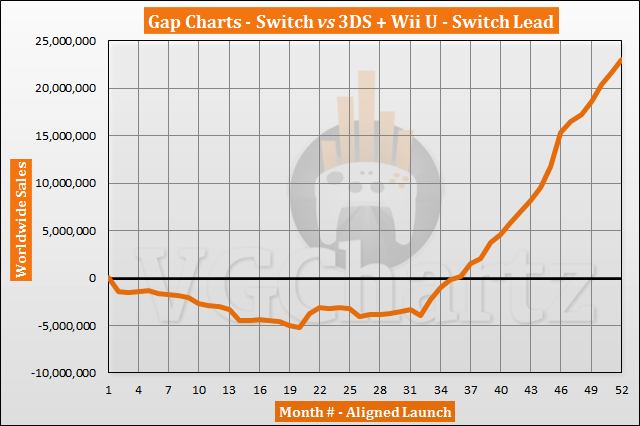 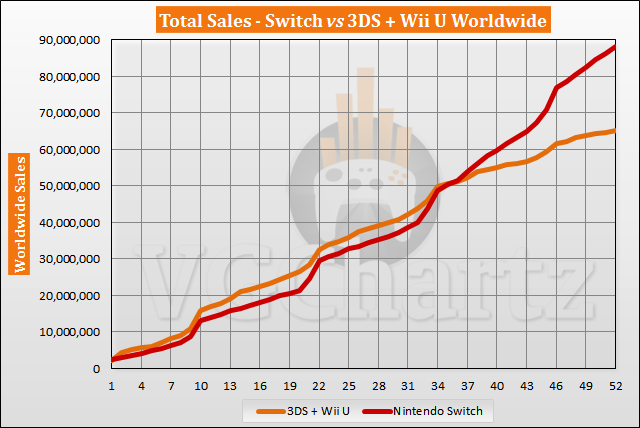 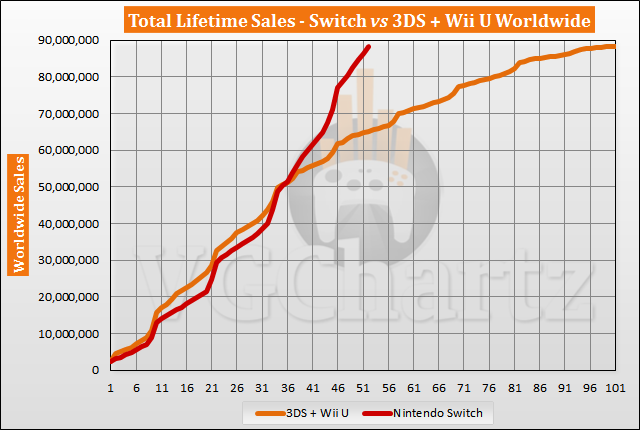 The 3DS and Wii U did not reach current Switch sales until month 99 where the two platforms sold a combined 88.21 million units.

So, that comparison is basically over, as Switch is overtaking the combined lifetime of both devices currently. Now on to WiiU+3DS+PS Vita
:-O

That comparison would probably be over by the end of the year.

It's only 1.36M total anymore before the Switch reaches the total sales from Wii U+3DS combined. With 350k weekly sales, that would take a grand total of 4 weeks to achieve, loooong before the end of the year.

I was suggesting to include Vita, he meant this will also be over by years end.

Ah sorry, I missed that.

And yes, probably would also be beaten at years end, though it might just be end of the financial year instead of the calendar year if supply issues persist.

Switch closing in for the kill. It's been a fun one to watch, and it will be very satisfying to see it conclude.

Dawn of the last days of the Wii U +3DS chart.

Low end, account the population grow and more market penetration, is the 3ds/WiiU, the high end is the DS/Wii the combination have huge overlap, maybe Wiiu+3DS+PSV+ XBone is a good combination