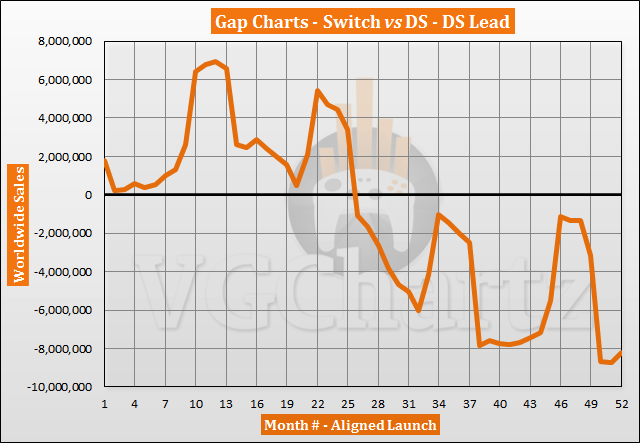 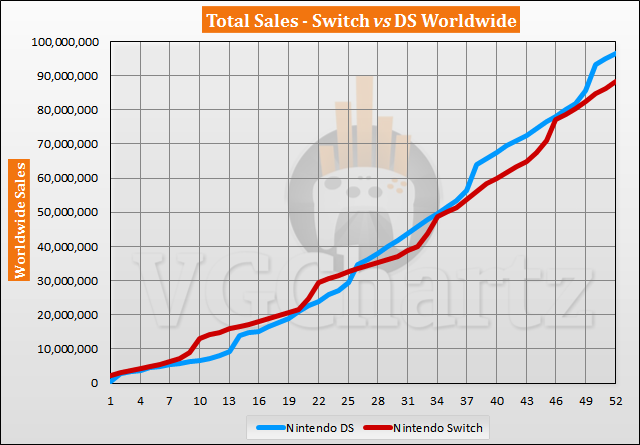 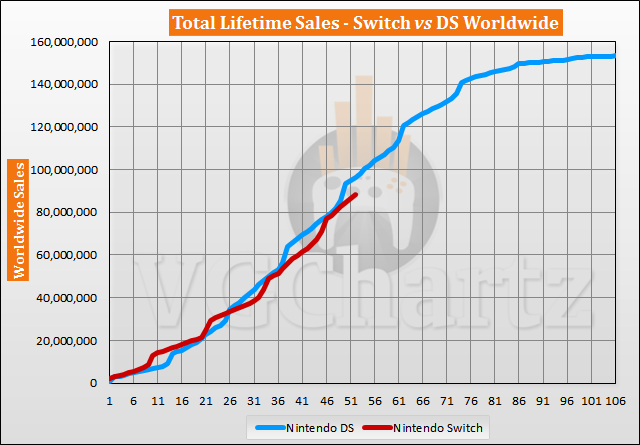 June 2021 is the 52nd month that the Nintendo Switch has been available for. During the latest month, the gap grew in favor of the Switch by 501,469 units when compared to the DS during the same timeframe. In the last 12 months, the DS has outsold the Switch by 508,404 units. The DS is ahead of the Switch by 8.22 million units.

The 52nd month on sale for the Nintendo Switch is June 2021, while for the DS it is February 2009. The Switch has sold 88.14 million units, while the DS sold 96.36 million units during the same timeframe.

I believe this was DS's best holiday season. It will be interesting to see how is it going to look like in 5 months time

This is a very interesting comparison. In the coming months DS sales are already starting to slow down. Switch has a chance to recover the lead if it manages to hold on for the rest of 2021 as well.

Slow down ? from 29M to 27M in 2009 I don't think it's really slow down.
There is still 65M left and that's a lot. It's still early to tell but I don't think Switch will make that kind of numbers till end of it's lifetime.

I think the Switch has a chance.

I understand why you don't consider 27M a slow down. I would think the same if the following year it had remained between 26 and 29, holding up, but in 2010 they sold only 20. That's why 2009 marked the beginning of the end, it was a soft fall, but a decline nonetheless.

If switch can stay close to last year's 29M, which it is doing at the moment, we would be talking about a 2M difference, which is a significant boost.

I don't know what happened with my comment, but it was about how Switch can catch DS sales with the new OLED and Holiday season, then some people disliked my comment because I hurt their feelings.
(Insert Toby Maguire Spiderman meme "Gonna Cry?")

Haha, ok. I also got downvoted for thinking the Switch can outsell the DS.

Haha oh that's true xD, I can see Switch selling another 50m after this Year.