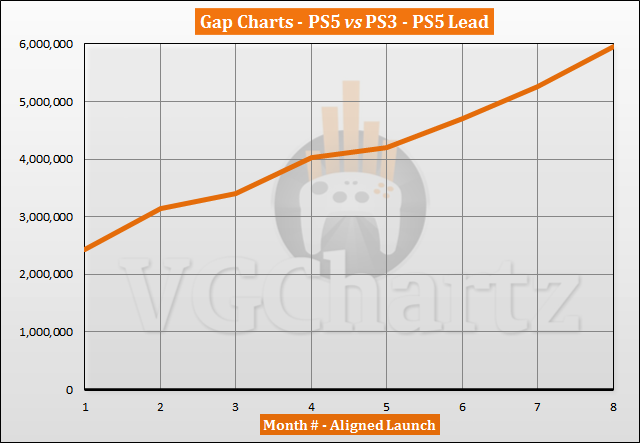 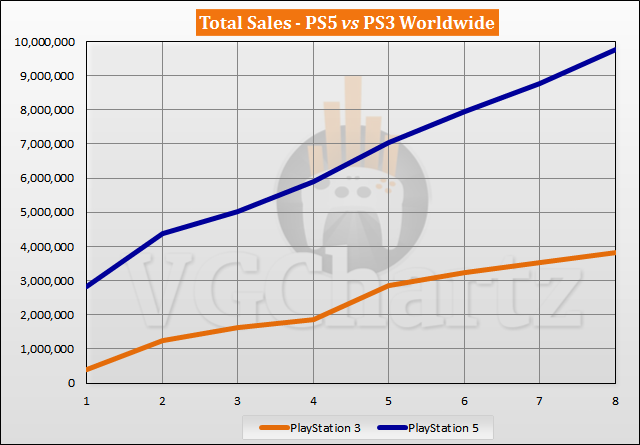 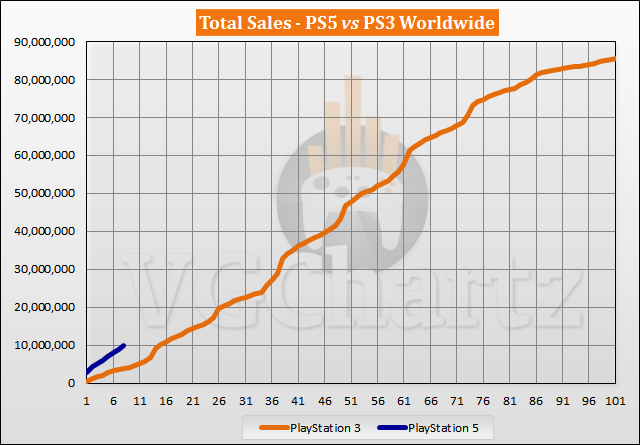 The PlayStation 3 did not reach current PlayStation 5 sales until month 15 where it had sold 10.17 million units.

This should end up a massacre for in favor of the PS5. First three years of the PlayStation 3 was rough.