Mario Golf: Super Rush (NS) has beat out Ratchet & Clank: Rift Apart (PS5) to debut in first place on the French charts in week 25, 2021, according to SELL. 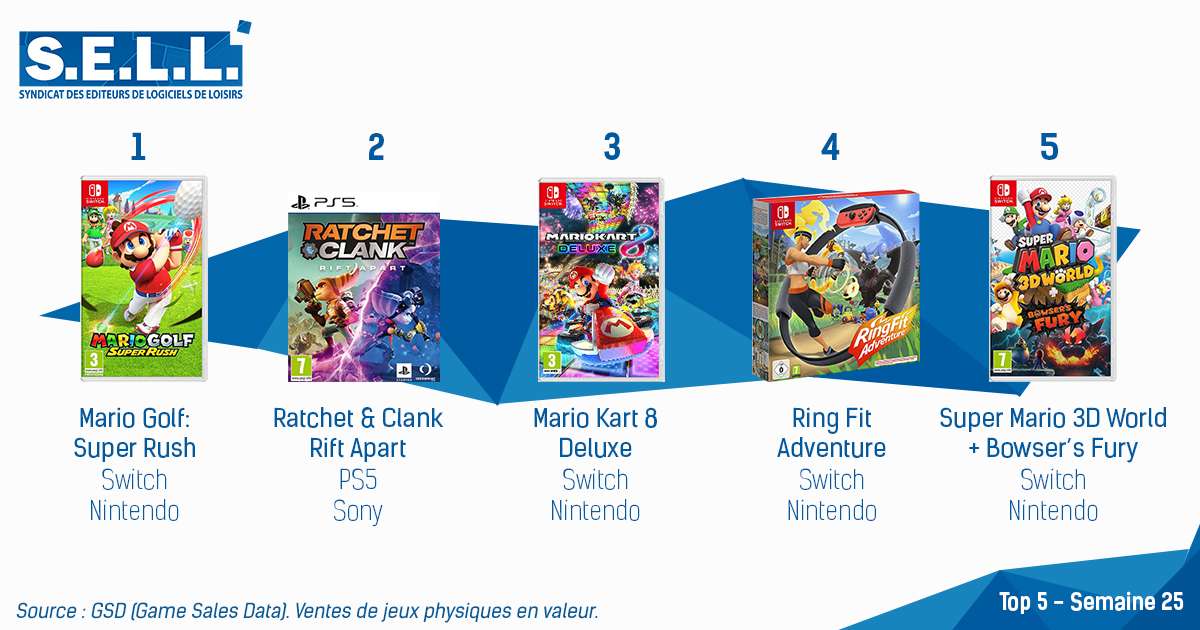