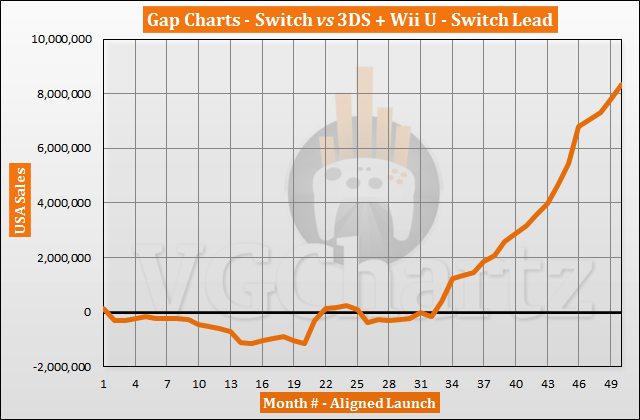 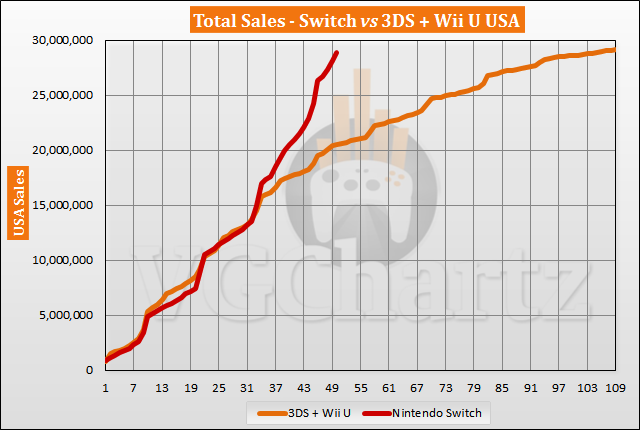 March 2021 is the 50th month that the Nintendo Switch has been available for in the US. During the latest month, the gap grew in favor of the Switch when compared to the combined sales of the 3DS and Wii U during the same timeframe by 564,764 units. In the last 12 months, the gap has grown in favor of the Switch by 8.34 million units. The Switch is currently ahead of the 3DS and Wii U by 8.34 million units.

Less than half a million, this one is done next month.

This one will be over next month, less than 400k to go

Will this article series end next month?