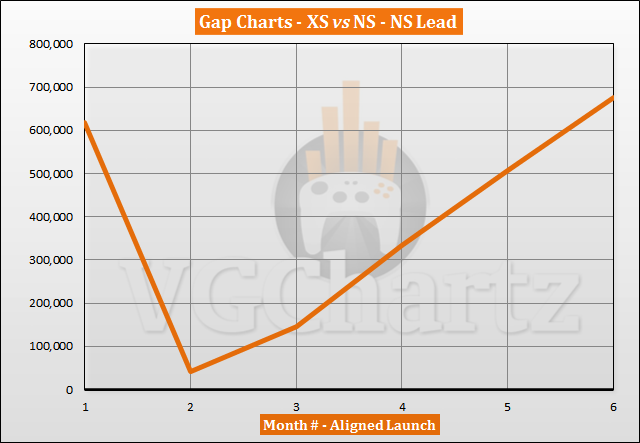 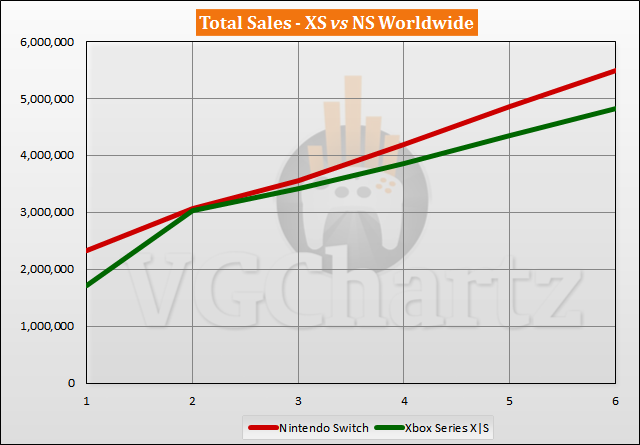 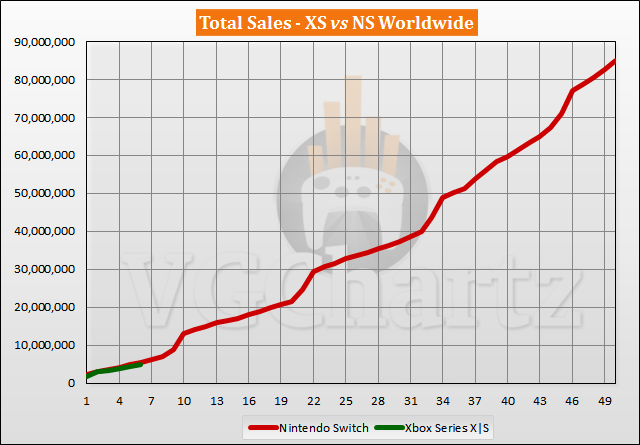 This chart and the PS5 vs Switch chart ae both in the "Not really meaningful" territory right now. TSMC fabs are at max capacity and Sony was able to make some deals with AMD to get more of that allocation in exchange for a higher price. Even then both are supply constrained right now so we have no idea how well each would sell if that didn't exist. In general most consoles (switch included) are supply constrained in their first year and we really see if they are going to shine when year two starts. It will be very exciting to see how they sell then and how sales may be affected once covid ends and once it is easier to pick up a new video card without paying insane scalper prices

What can be said for sure is all three companies consoles are selling way better than expected and this is good for gaming :)

Consumer electronics are in high demand in general and will probably stay that way for a while.

But as far as comparisons go, they have to start eventually. They might as well start at the beginning. Supply constrained or not (which most consoles are at launch and for potentially months after launch), the sales are the sales. If Sony and Microsoft sell every unit they produce this year, then that's what they sold.

But sales data from a lot of industries will be affected last year and this year. Car manufacturers are in the same boat. They produce x amount of units and sell x amount of units. They can't change how many they sell. It doesn't matter if it's out of their hands or not.