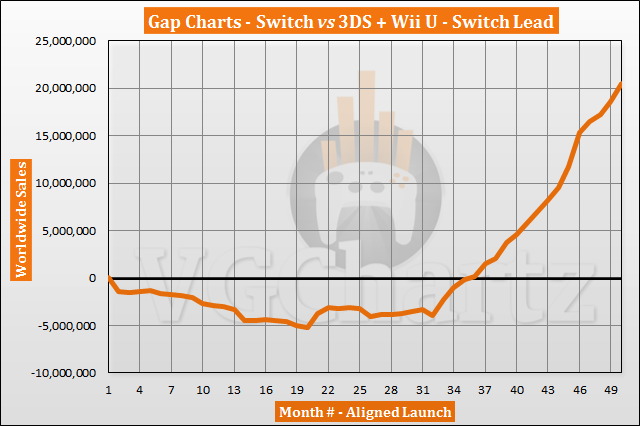 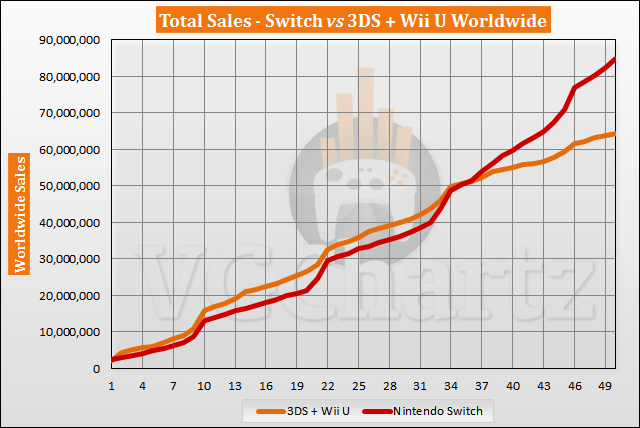 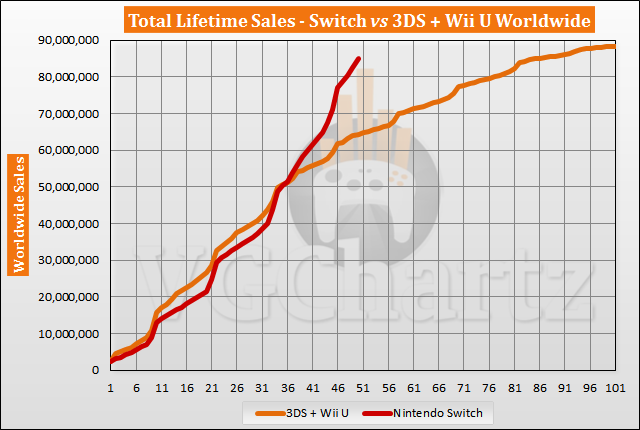 The 3DS and Wii U did not reach current Switch sales until month 86 where the two platforms sold a combined 85.04 million units.

Yeah, well, which console to add to make it interesting again? WiiU+3DS+Vita? Should still be easy.

Less than 5M to go now, should be broken during late summer

This is becoming comical. I almost want you to persevere with this until Christmas to watch that gap go even more vertical.

Switch reached the last 5 years of 3DS + Wii U within 18 months. Who would have thought this after the first 3 years launch aligned...