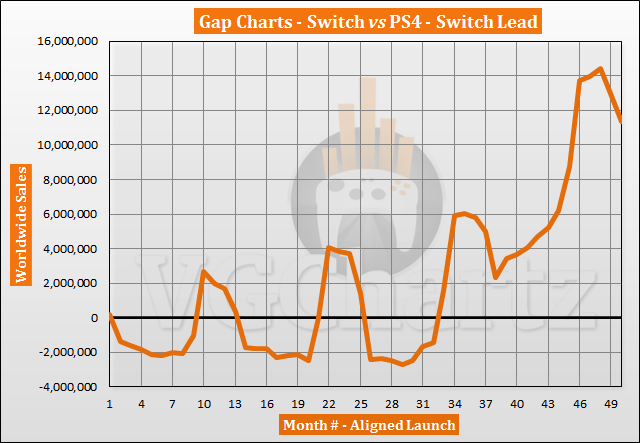 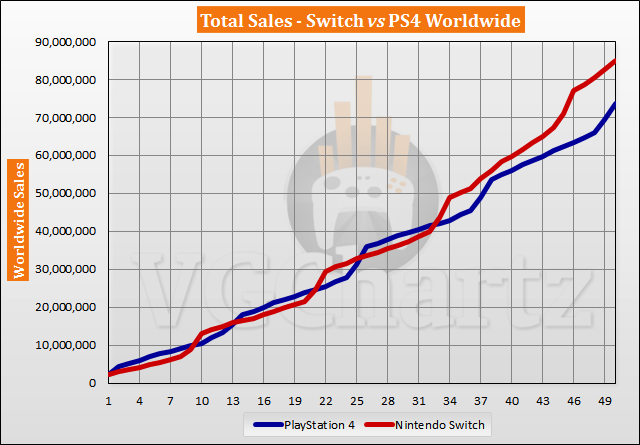 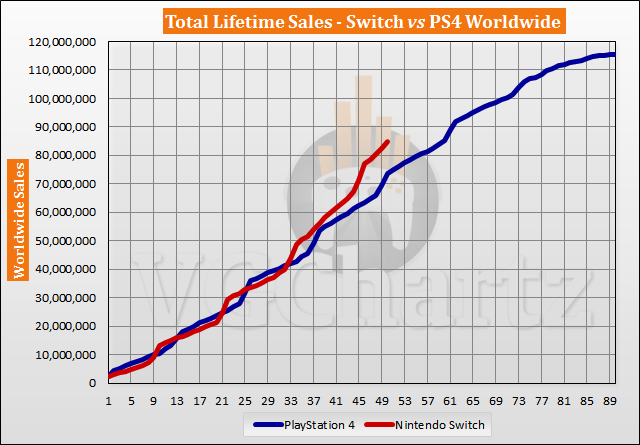 By the end of this year, the Switchs hould have about a 20M advantage over the PS4 launch-aligned.

Who would have thought that a couple years ago considering how well the PS4 was selling back then. But the Switch is just in another league when it comes to sales...

Switch should outsell PS4 lifetime sales during next year, probably even before holidays.

And to think that a certain user made a comment back in February 2018 that the Switch would be at 88.1 million this month. Well contrary to popular expectations at the time, it seems he wasn't far off...

He made that prediction at month 10., that's 40 months! I am convinced he has a crystal ball. We are on to you Rol.

The Switch is in a higher level compared with everything that we have seen.