Rumor: The Coalition is Developing Gears 6 and Another Project That is Likely a New IP - News

Microsoft's first-party studio, The Coalition, has been focused on developing games in the Gears of War franchise since Microsoft acquired the rights to the IP in 2014. They released Gears of War: Ultimate Edition in 2015, Gears of War 4 in 2016, and Gears 5 in 2019.

The developer also assisted Splash Damage in the development of Gears Tactics and are even assisting 343 Industries in the upcoming first-person shooter, Halo Infinite.

VentureBeat journalist Jeff Grubb in a new video to his YouTube channel said that The Coalition is developing Gears 6 and is also working on another game that is likely a new IP. The studio working on Gears 6 isn't a surprise as they released Gears 5 one and a half years ago.

"Gears studio The Coalition is busy, they are working on Halo. They are helping with Halo Infinite," said Grubb. "That is one of the big projects that Coalition is contributing to in a major way, Coalition is also of course making the next Gears game.

"But the Coalition is also working on a third thing and it likely is a new IP. Now, I've heard rumours that it could be a Star Wars thing from out of the Coalition. But I haven't been able to confirm that and these are rumours that have been kicked around a few different places. Whether that comes out before the next Gears I don't know."

I hope he is right about it being a Star Wars game, would be pretty dope.

A Coalition SW game? Okay, I'm game. Say what you will about the current state of Gears (I think it's fine), but Gears is still arguably the most polished third person shooter on the market.

I'd like more Mass Effect, and the Coalition are the only other team outside Bioware that is making Mass Effect like games with Unreal.

Can you explain maybe a bit more? I only know of Gears that they have developed. 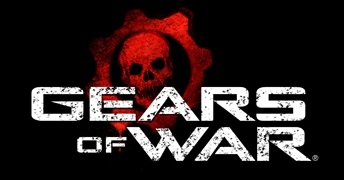