Monster Hunter Rise (NS) has debuted in the top spot on the French charts in week 12, 2021, according to SELL. The Collector's Edition debuted in third place. 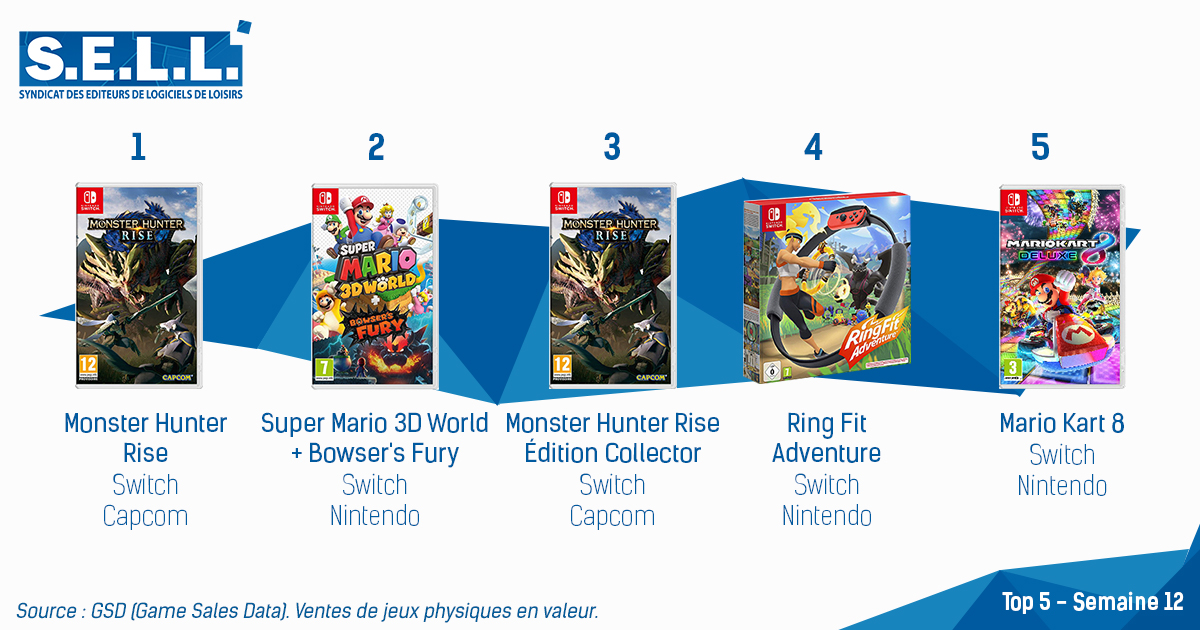