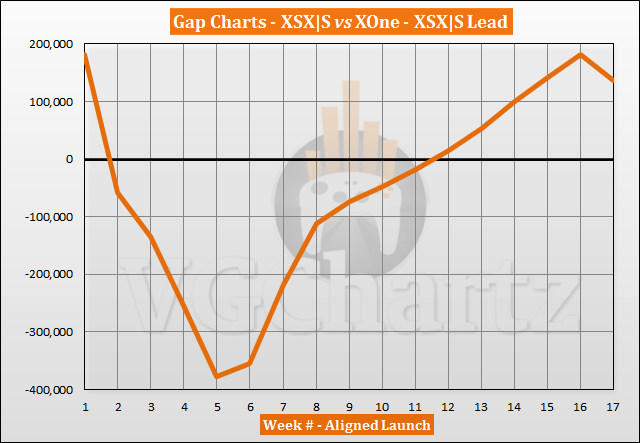 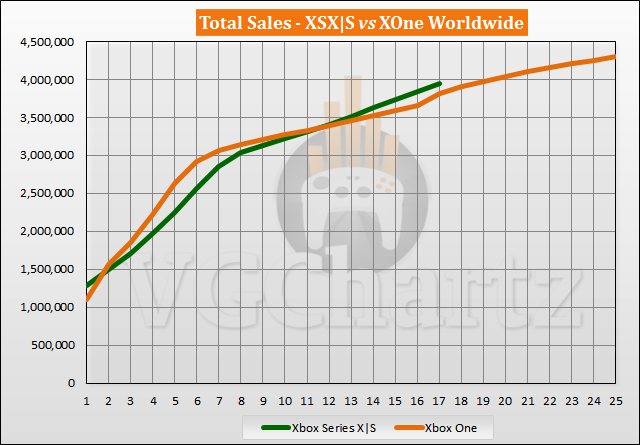 Was that the Titanfall bump?

They are probably still selling everything they van produce so the numbers are not saying much yet.

This is actually not that great. The Xbox One was the worst launch ever, seems like Microsoft is saving money to buy studios for game pass and didn't prepare to produce a lot of Xbox console hardware. Hope the gap really explodes over the next 3 months.

I remember Xbox one having pretty good initial sales when compared to Xbox 360. I went and checked and Xbox one was actually leading for roughly the first 40 months. I would guess the PS4's incredible launch is more what made it seem like a bad launch. Also the sales trajectory after a while was not looking too good but that wasn't in its first few months.

I'm not sure what your talking about because the Xbox One sales were excellent early on. It only started to slow down after a couple of months. Where as Series X|S sales were less, but has maintained a higher sales pace, even with it still not being readily available. If anything, this is showing how there is a higher demand for the SeriesX|S than there was for the Xbox One. I expect the gap to continue to grow as the gen progress.