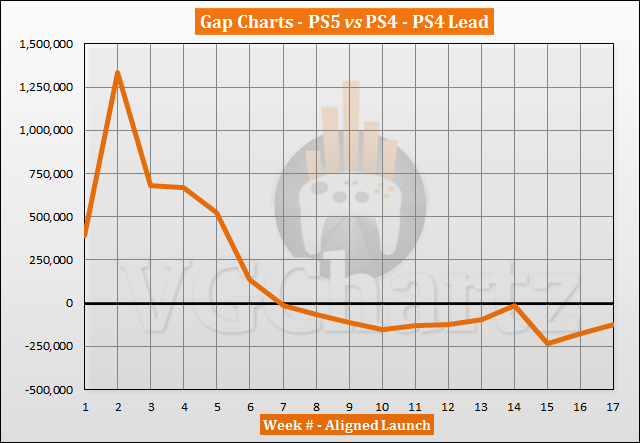 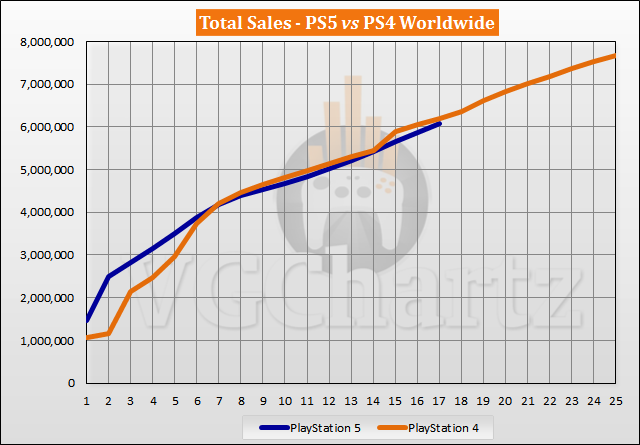 The week after next is the release of infamous second son back in 2014 and the PS4 did about 250K and 215K the following week. After that it remained below 200K all the way to Destiny’s launch (September 13th).

If the PS5 continues with this same trend it will pass the PS4 in the next weeks, Stock was higher this week compared to previous weeks and Returnal is launching next month and Resident Evil Village in May

Great feat since you know, now it has competition :)

If they cut production off ps4, how many of those people would make the jump to ps5, if there was enough supply?

They have already cut some PS4 SKU in Japan. https://www.thefpsreview.com/2021/01/05/sony-ends-production-of-all-but-one-playstation-4-sku-in-japan/