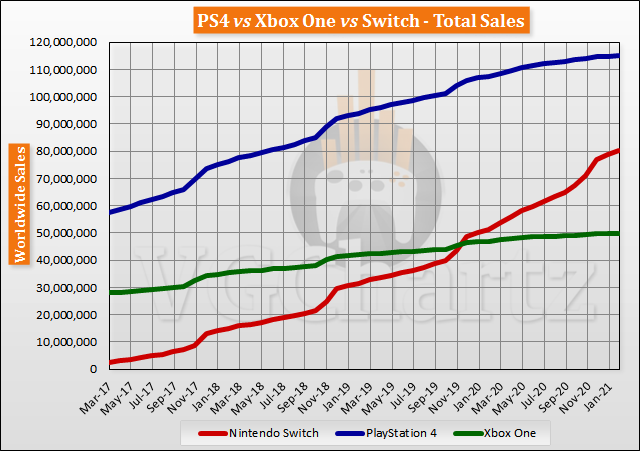 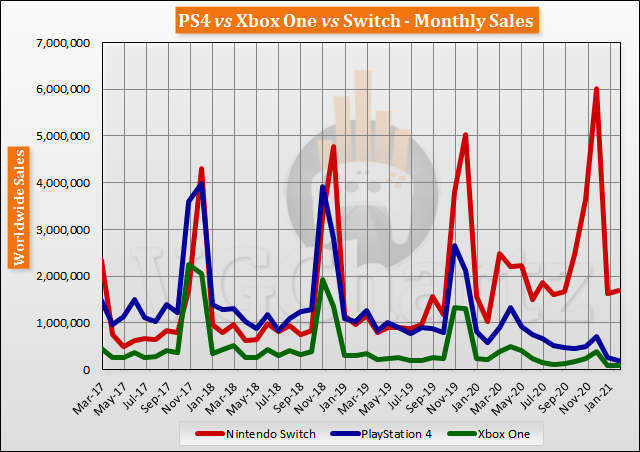 Looking at the marketshare, the Switch managed to achieve 85.3 percent of the monthly sales. The PlayStation 4 accounted for 10.2 percent of the consoles sold, and the Xbox One 4.5 percent.

PS4 should be the first Sony console which won't sell well after the successor's launch.

It doesn't have the same circumstances as the previous ones:
PSOne sold well after launch of the PS2 due to being dirt cheap.
PS2 did well due to the very high price of the PS3 and lack of games early on.
PS3 did well because it was a late bloomer in general and had accumulated a big library of games which couldn't be played on the PS4.

The PS4 has neither of these advantages, it's not much cheaper than the digital edition and still pretty much the same price as it had 3 years ago, PS5 ain't punishingly expensive either, it wasn't a late bloomer and the PS5 is backwards compatible to the PS4. In other words, there's no real reason to opt for a new PS4, especially since many new PS5 owners are certainly selling their PS4s for cheaper.

But yeah the ps5 is essentially a drop in replacement for ps4. It's a ps4 plus it plays new games. I had a feeling if the ps5 had a strong start, the ps4 wouldn't last long.

Sony doesn't want to cut its price to 199 so everyone just goes for the PS5. Their past consoles did have price cuts.

Which is exactly what they want. It's smart. Better to build the new install base rather than encourage sales of the outgoing console.

The only reason to drop the price of the ps4 would be to clear out inventory. They shouldn't have trouble with that though.

I keep saying that SWITCH starts its definitive decline THIS WEEK. It can't keep the pace against Animal Crossing + 2020 lockdowns.

Not sure if sarcastic or just fantasy... hmm...

You mean just in time for Monster Hunter release ? Right

I don't see the switch slipping much from last year. The momentum is too strong. It might be down in April 2021 vs 2020. But it has a pretty big buffer to counteract that for this year.