Spider-Man: Miles Morales Climbs Up to 2nd on the UK Charts Due to Increased PS5 Stock - Sales

Super Mario 3D World + Bowser's Fury has remained in first place on the UK retail charts, according to GfK for the week ending February 27, 2021. Sales for the game dropped 38 percent week-on-week.

Spider-Man: Miles Morales climbs up to second place as sales jump 172 percent. The increase in sales was due to more PS5 stock being available. It missed the top spot by 1,000 units. Overall PS5 software sales increased 64 percent week-over-week.

The Last of Us Part 2 has re-entered the charts in third as sales jumped 3,992 percent thanks to a price discount. 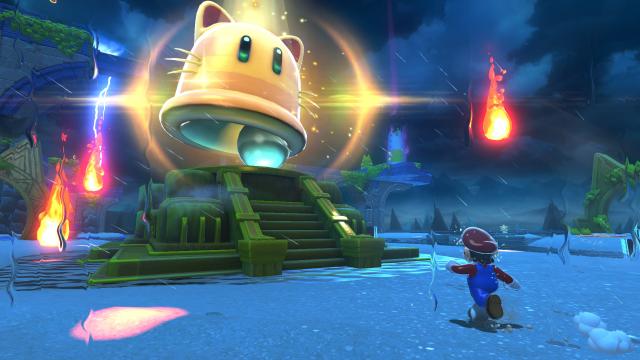 Eventful week on the chart. A shame that Bravely Default missed the top 10, doesn't seem too promising for its performance in the west.

I had a feeling about that. But they didn't produce many copies. I have a friend who didn't preorder it. He had to go to 5 different stores until he found one that only had one copy.

So take that anecdotal evidence as you wish. It almost seems like they kind of pulled the rug out from under it.