Microsoft's flagship video game franchise, Halo, has sold over 81 million units worldwide, according to a report from Deadline.

This figure is up from 65 million units sold as of July 2015. The Steam release of Halo: The Master Chief Collection sold over one million units as of December 2019.

"Halo reinvented how people think about video games and has grown into a global entertainment phenomenon, having sold more than 81 million copies worldwide," reads the report. 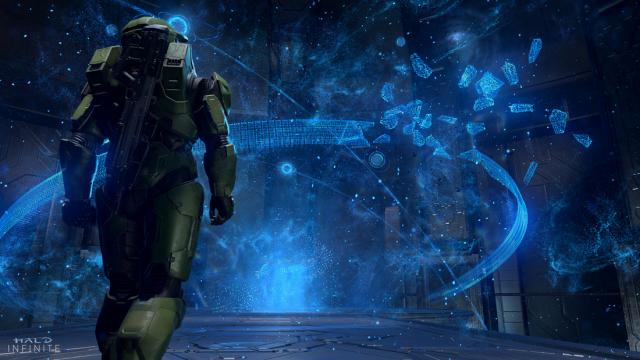 The next entry in the Halo franchise, Halo Infinite, will launch for the Xbox Series X|S, Xbox One, and PC in Fall 2021.

The last official Halo number we got was in 2015, before Halo 5 released, that number was 65m. We have had 4 new Halo releases since that 65m number, Halo 5, Halo Wars Definitive Edition, Halo Wars 2, and Halo The Master Chief Collection for PC. So, I would guess that the 16m sales since the 65m number breakdown something like this:

MCC is almost certainly past 4m on PC

Yeah, I may be overtracked on Halo 5 and Halo Wars 2 and undertracked on Halo MCC. We know for sure that MCC hasn't passed 5m yet because Steam Spy still has it in the 2-5m range, but it probably is more than 3m on Steam since it sold nearly 2m on Steam at launch. Also worth noting they are saying more than 81m sales, so it could be more like 81.7m and they don't want to round up to 82m. So the actual breakdown of the sales since the 2015 update could be more like:

The hardest title to predict here is probably Halo Wars 2, since we really only have 1 source for it's sales currently, which was VGC tracking 510k physical Xbox One sales for it as of February 2018 when VGC decided to stop tracking game sales. Because we only have that Xbox physical info, no info on Xbox digital and no info on PC digital (it never got a steam release so we can't even steam spy it), it's kind of hard to predict how much Halo Wars 2 sold so far. I'd definitely say less than 2m, which is kind of low since the original Halo Wars sold nearly 3m on Xbox 360 alone. MS badly needs to get Halo Wars 2 on Steam asap to give it some more sales.

Halo is my favorite IP. I have Game Pass but I'll still buy Halo: Infinite physically.

I'd say more like 9-10m for Halo 5. The last official Halo number we got was in 2015, before Halo 5 released, that number was 65m. We have had 4 new Halo releases since that 65m number, Halo 5, Halo Wars Definitive Edition, Halo Wars 2, and Halo The Master Chief Collection for PC. So, I would guess that the 16m sales since the 65m number breakdown something like this:

More like 9.5-10. In line with Reach and 4, which sold similarly. And that is without counting Game Pass players.

One of gamings iconic series. It got me to buy a 360 and never regretted it. Well deserved.