Microsoft has revealed that the Halo series has now sold over 65 million units since Halo: Combat Evolved first released back in 2001.

GameSpot spotted the announcement at the tail-end of an article published on the Xbox Wire almost a fortnight ago which went almost completely unnoticed at the time. 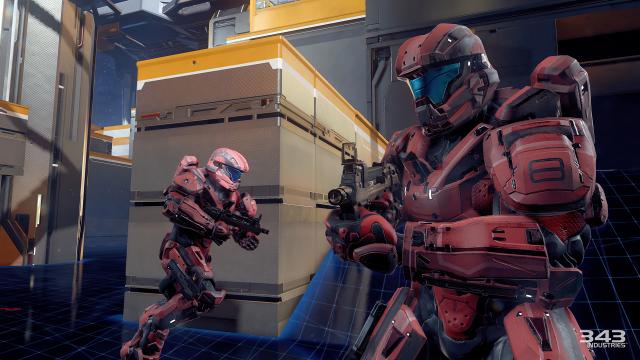 Microsoft announced that the series had surpassed 60 million units sold last October, so an additional 5 million Halo games have been sold in the intervening 9 months, and with Halo 5 on the horizon it's likely that a new milestone will be announced early next year.

Halo 5: Guardians is set to release exclusively on the Xbox One this October.

MCC might have sold a lot more than we thought!

Cause we don't have digital. Looks like it did about 2.5 million in digital.

Ryng you are forgetting digital sales unless you are implying that somehow the other Halo series got a massive sales increased for no apparent reason.

DarkEnergy, i don't say it sold bad, just said that most of VGChartz user overestimate this game. Some people predicted 5-6 Million ligetime...

Deserving of it. Good stuff Halo!!! Way to go!

Great series. One of the first FPS Series that I've ever played and one of my favorites.

This could mean that Halo:MCC is undertracked and if so that spells good news for Halo 5 sales.

I've contributed to about 0.0000123% of that total. I played the original Halo right after it first came out in 2001. A friend of mine bought an Xbox on a whim and got Dead or Alive 3, Project Gotham Racing, and Halo. We have been playing most GoldenEye and Perfect Dark before then, and we knew nothing about Halo, but it quickly became our new favorite game. With the exception of Halo Wars (which I borrowed from a friend; I was never a big RTS fan), I've purchased every other Halo game on day one: Halo 2, Halo 3, ODST, Halo: Reach, HCE Anniversary, Halo 4, and the MCC. Come this October when Halo 5 launches, there will be nine individual Halo releases sitting on my shelves. The only series that I own more individual releases for is Super Mario, but it has the benefit of being around for 16 years longer than Halo. To this day, Halo remains my favorite FPS series and my favorite non-Nintendo franchise. Just three and a half months until Halo 5!

What about Halo CE and 2 on PC? Plus Spartan Assault & Spartan Strike? ;) (I have all of them (pc & console & even the mobile ones) including halo wars....i got the limited edition of that to get one of halo 3's mythic map packs earlier :P ).

I'm not a PC gamer, so no PC versions of Halo 1 & 2. Haven't really gotten around to Assault & Strike yet, but then again the last time I bought a new title that was digital-only was Mega Man 10, and that was like five years ago.

Halo 5 will push the series to 70 million and more!

Does my Halo MCC + ODST-DLC count as one, two or five units?

Microsoft would count it was one, since it's all part of the MCC. If you bought the original individual games, it would be 5 :P