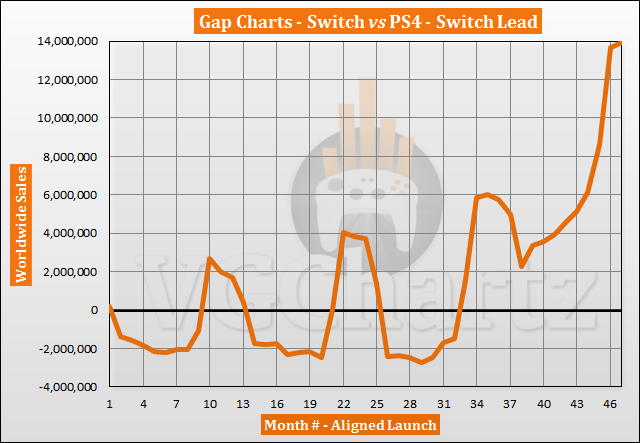 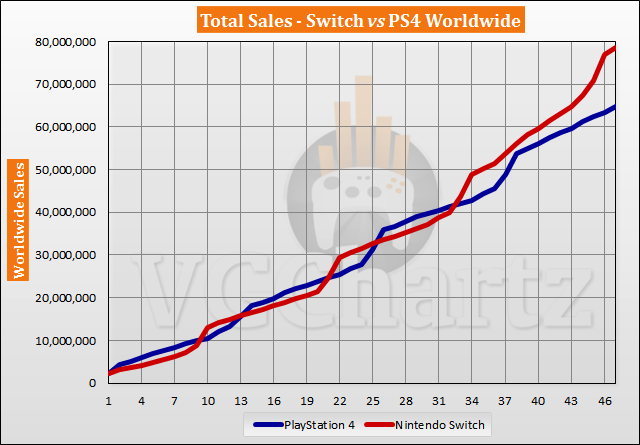 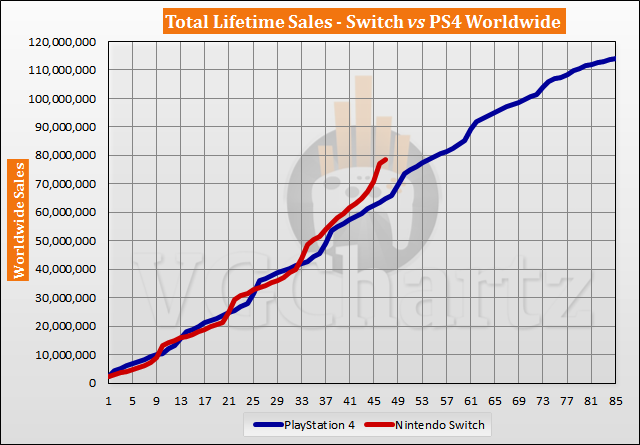 Wow, Switch is leading sales against the PS4 by a whole Wii U. Impressive.

Tracking nearly 14 million ahead of the 4th best selling system of all time is seriously impressive.

It may knock the king of its throne. the end of 2022 should gives us a good indication of that possibility.

PS4 needs another 3.7 million to reach the 3rd Place, so you could say is tracking nearly 14 million ahead of the 3rd best selling system of all time.

Second looks like half of a DNA molecule said "screw it, screw you, screw this cell, I'm outta here"

We didn't know it, but it was dna unzipping.

I’m starting to think Switch will overtake PS4 after a long time of resisting the evidence. They still have the option of a price cut and a new model up their sleeve.

Switch will outsell PS4 by Q1 2022 , Even without next Switch model.

Any typos in that statement?
Just wanting to make sure I am hearing you correctly.

I’m guessing they are talking about outselling the PS4 in North America.

That would be incredible. Peak DS was just over 31 million sold. Switch selling over 36 million in a year would be the most incredible thing to happen in video game sales history.
I think they sold a bit over 27 million Switch units during 2020.

That would be now.

Yeah, I think shipments of the Switch will probably end up around 103mil at the end of this CY. So I don't see the Switch selling an additional 12mil in Q1 2022.

Seems like switch will keep a 6-8 million lead by month 51 when the ps4 will finish its next holiday. As long as it keeps momentum, this matchup could be wrapped up in about 2 years from now.

This was probably the most interesting chart for a while, but now I think it's over.