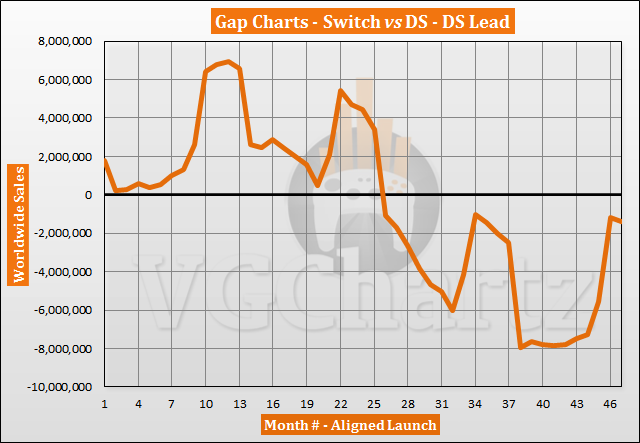 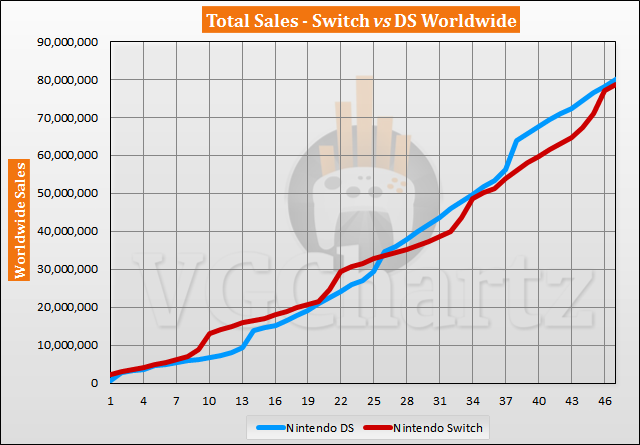 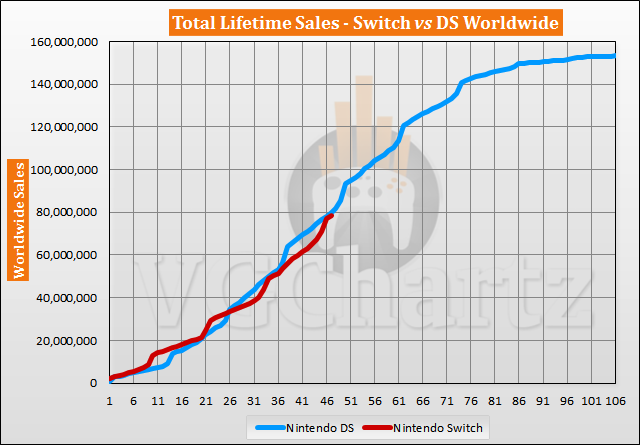 January 2021 is the 47th month that the Nintendo Switch has been available for. During the latest month, the gap grew in favor of the DS by 191,638 units when compared to the Switch during the same timeframe. In the last 12 months, the Switch has caught up to the DS by 86,672 units. The DS is ahead of the Switch by 1.38 million units.

The 47th month on sale for the Nintendo Switch is January 2021, while for the DS it is September 2008. The Switch has sold 78.63 million units, while the DS sold 80.01 million units during the same timeframe.

It is going to be difficult. But they still have a major boost by cutting the price just when the sales of the switch start to slow down.

So close. DS still has three 7M+ Decembers ahead of it.

Yeah. But the upcoming holiday season will be the last monstrous one for ds. It starts in September or October. :)

We'll see what happens with price cuts and revisions. But the switch is definitely hanging in there.

Hope switch gets very close to DS before it's final time

DS starts to say good bye as it prepares to rocket away.
Switch still doing awesome numbers though. Good to see Nintendo Switch being at least comparable to their biggest success..