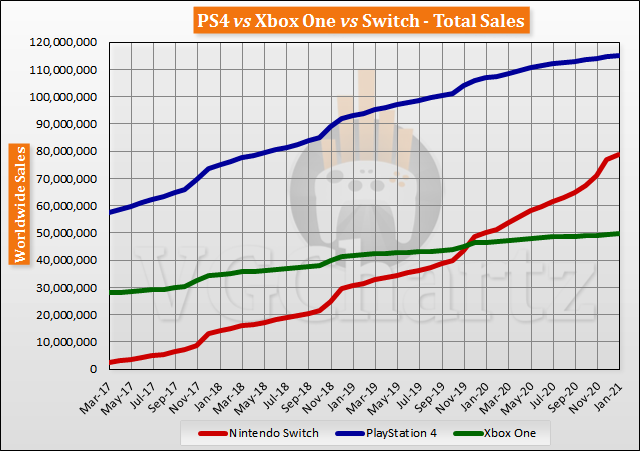 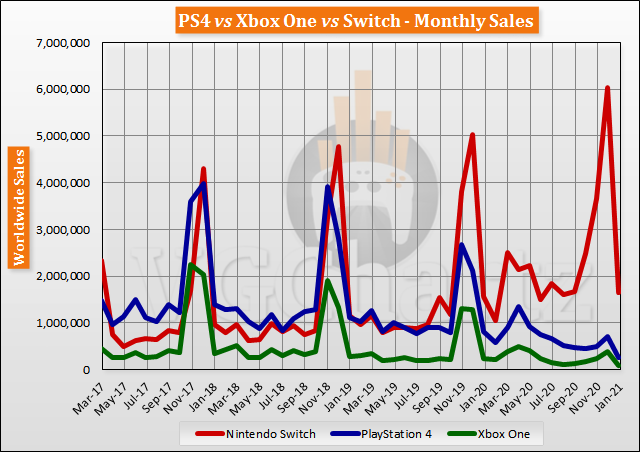 Looking at the marketshare, the Switch managed to achieve 82.4 percent of the monthly sales. The PlayStation 4 accounted for 13.1 percent of the consoles sold, and the Xbox One 4.5 percent.

2021 maybe is peak wear for nintendo switch hardware. Pandemic, great volume of games. And 2022 will be the peak of software

It all depends on the lineup I guess. But things are looking that way.

Damn the baseline of of the switch is close to the peak of the Xbox one and higher than PS4 except in holidays.

Insane how big the Animal Crossing spike is.

I gotta believe that spike was 50% timing combined with the start of the pandemic. Like, if COVID didn't exist in any fashion, there is no way ACNH would have sold like it did - right??? RIGHT?!?! lol