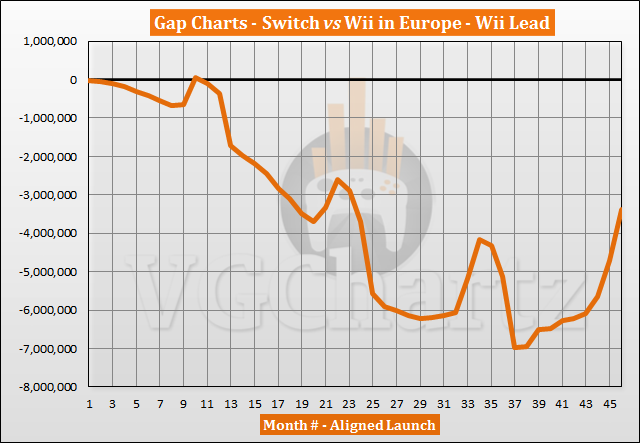 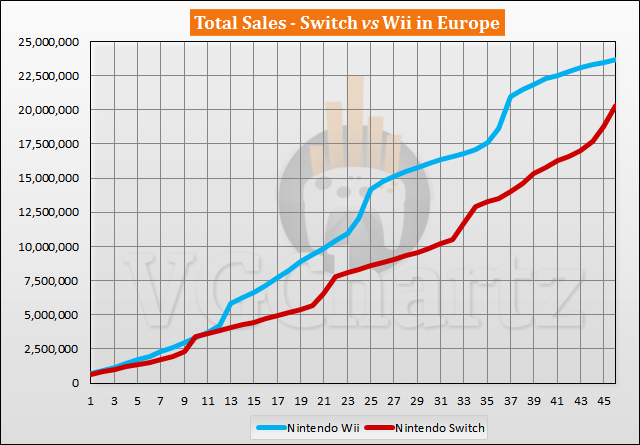 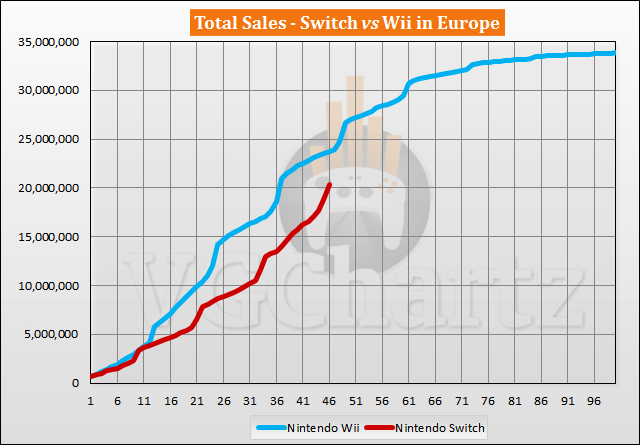 December 2020 is the 46th month that the Nintendo Switch has been available for in Europe. During the latest month, the Switch closed the gap by 1.33 million units when you align the launches of it with the Wii. In the last 12 months, the Switch has outsold the Wii by just 1.74 million units. The Wii is currently ahead of the Switch by 3,38 million units.

The 46th month for the Nintendo Switch is December 2020 and for the Wii it is September 2010. The Switch has sold 20.30 million units, while the Wii sold 23.68 million units during the same timeframe. The Wii sold current Switch sales in month 37.

Switch is doing so well globally and still has a lot of growth potential in Europe. It's a market that responds really well to Nintendo console price cuts so we'll see what happens.

Exactly, let's hope for a Price Cut and another Wave of Great Ninty Games.

I hope they release a switch pro soon

Even without a price cut, it's only going to be about 5-6 million behind the Wii after the holiday. So it's on pace to do as well as the Wii if not better.

But I can't quite remember what they did in the US. The Wii went from $250 to $200 and that was it, right? How did they handle cuts in Europe?