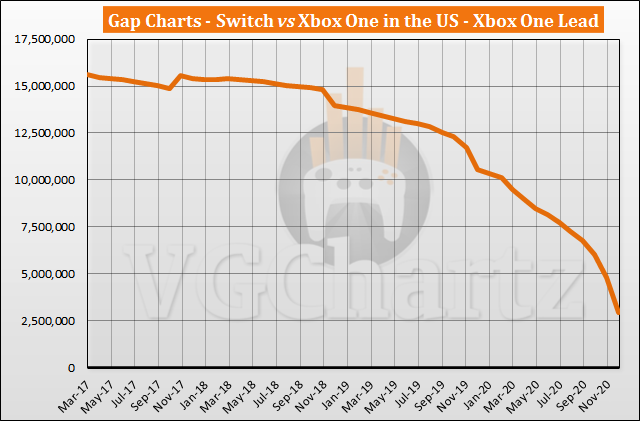 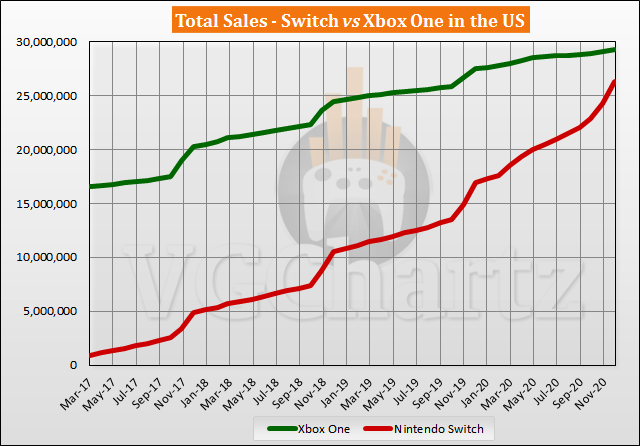 If you were to align the launches of the two consoles in the US the Switch would be ahead by 9.19 million units, as the Xbox One had sold 17.15 million units through 45 months.

By jun or July it'll outsell it

My initial reaction was that your estimate was way too early. But actually yeah. Something like that. I would probably say September though.

I say August at the latest.

I think Real is right - June or July. It would be one thing if Xbox One S had gotten a proper price cut to $199, and was still selling decently. But as it is, both MS and Sony essentially left their last-gen machines to die an immediate death by leaving their MSRP's at $299 (with both PS4 Pro and Xbox One X already discontinued). Even with stock issues on PS5/Xbox Series, no one is looking to buy last-gen machines...

The Xbox brand went from dominating America with the 360 to now looking at third place. Xbox Series better bring the big guns.