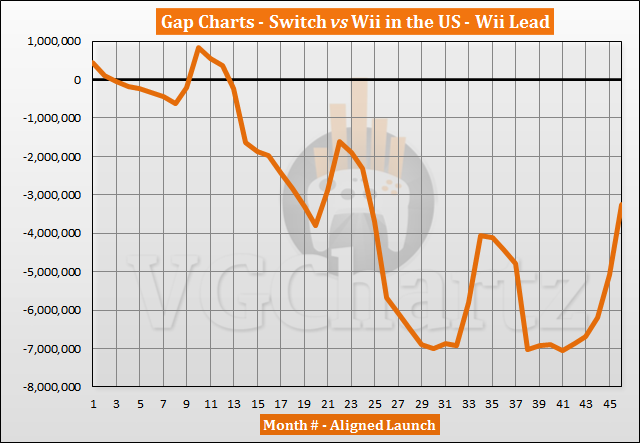 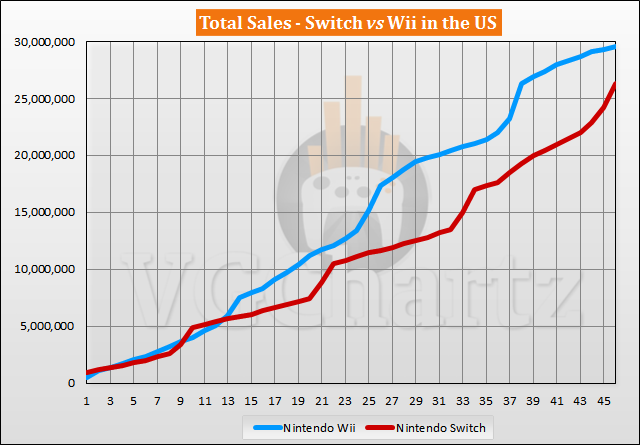 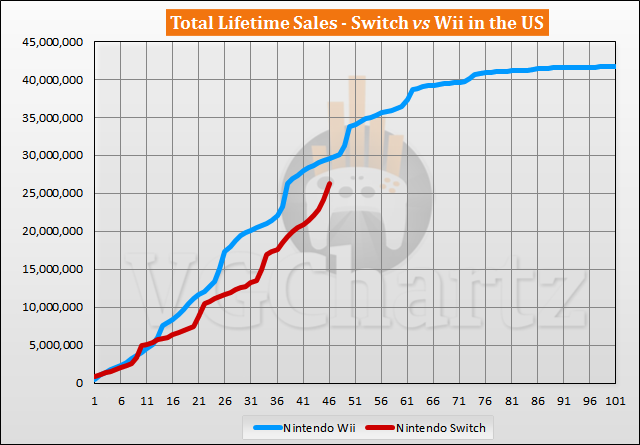 December 2020 is the 46th month that the Nintendo Switch has been available for in the US. During the latest month, the Switch caught up to the Wii when you align the launches by 1.84 million units. In the last 12 months, the Switch has outsold the Wii by 809,383 units. The Wii is currently ahead of the Switch by 3.24 million units.

The 46th month for the Nintendo Switch is December 2020 and for the Wii it is September 2010. The Switch has sold 26.34 million units, while the Wii sold 29.58 million units during the same timeframe.

The Wii sold 41.70 million units in the US during its lifetime. The Switch needs to sell another 15.36 million units to outsell the Wii.

Switch still has a ways to go to beat Wii in USA (& Europe too)
That said, the gap change over the last 12 months manages to be in Switch favour despite it including the Wii's best holiday period, December 2009 for Wii being the most any hardware has sold in a month ever in US.

This one should be most interesting in about 12-18 months time.

Yeah. Switch only needs to sell about 15 million more in the US. If this year is similar to last in terms of sales, we might have our answer in about 2 years.