Mario Kart 8 Deluxe (NS) has taken the top spot on the French charts in week 3, 2021, according to SELL.

Ring Fit Adventure (NS) is in second place, while Animal Crossing: New Horizons (NS) is in third place. Ghost of Tsushima (PS4) is in fourth place and FIFA 21 (PS4) is in fifth place. 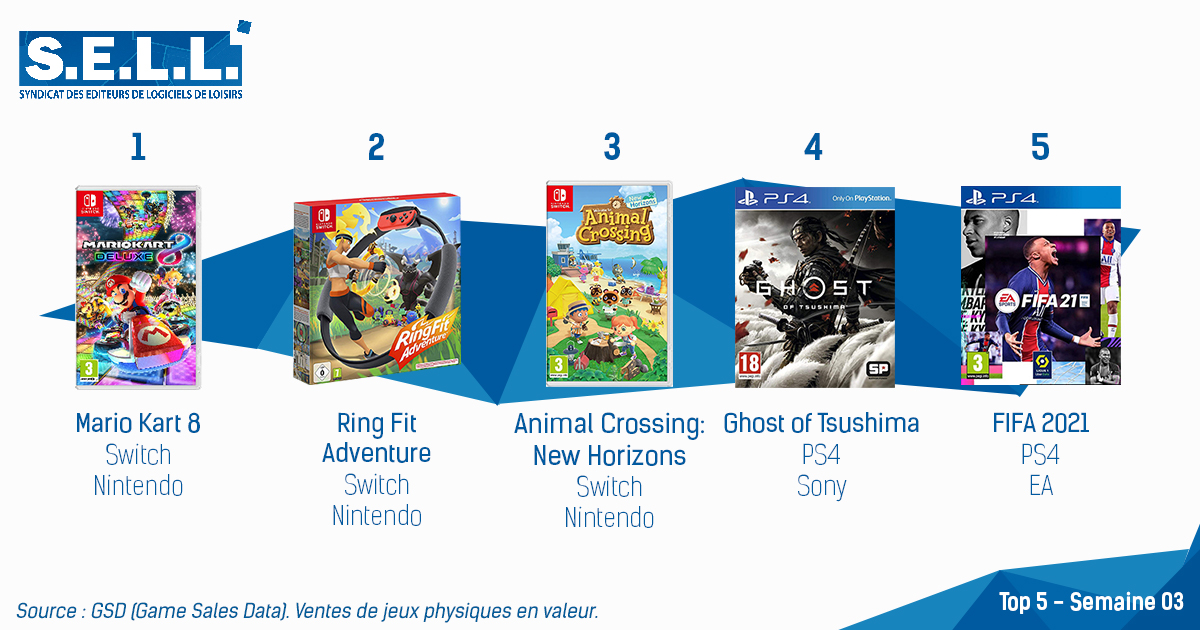 Pleasantly surprised by Ghost of Tsushima.
The top three are unstoppable titans.