The movie based on the popular video game franchise, Borderlands, has cast actor Kevin Hart as Roland, who will be joining Cate Blanchett who will play Lilith, according to Variety.

Kevin Hart is known for his roles in the two most recent Jumanji films, Central Intelligence and more.Cate Blanchett is known for her roles in The Lord of the Rings trilogy, Thor: Ragnarok, and more.

"I’m thrilled to be working with Kevin," said Roth. "Borderlands is a different kind of role for him, and we are excited to thrill audiences with a side of Kevin they’ve never seen before. He’s going to be an amazing Roland." 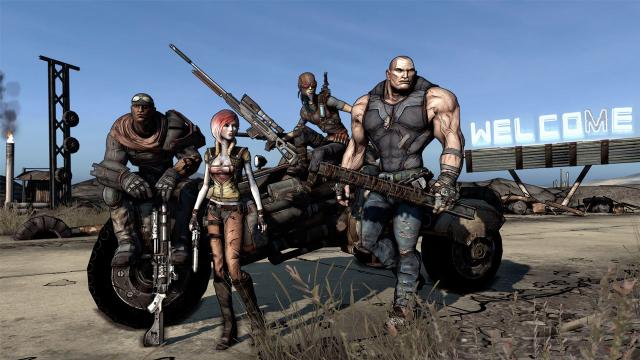 Lionsgate Motion Picture Group President Nathan Kahane added, "Kevin has been behind some of the world’s biggest blockbusters, and our source material is inspired by one of the world’s best-selling video games. We love the way our filmmaking team has adapted this story and we couldn’t be in better creative hands."

Eli Roth will be directing the Borderlands movie and is being developed by Lionsgate. Gearbox CEO Randy Pitchford and Take-Two CEO Strauss Zelnick will be executive producers.

Generally speaking, game movies are not for gaming fans. That is why decisions like this are made.

I would have preferred Doug Stanhope.

I am not sure how well Borderlands holds up in the story department and how much of it's appeal it loses once they do away with the cool look.

What a terrible casting choice...

So, Cate Blanchett as Lilith and Kevin Hart as Roland. Not exactly terrible picks, though Kevin seems kind of short to be playing Roland, Hart is 5'4" while Roland is 5'11". Going to be weird seeing Roland be shorter than Lilith, Cate is 5'9" to Kevin's 5'4".

However that plot synopsis that leaked in 2019 sounded terrible, I really hope they re-wrote the script since then or else there is very little chance of me watching it. It sounded nothing like the games, Lilith a master intergalactic thief, Tiny Tina being the Atlus CEO's daughter with Krieg as her bodyguard, the Atlus CEO letting Lilith out of prison to go save his daughter Tina on Pandora after she got lost on the planet. It was all nonsensical. If you're going to make a Borderlands movie, why not directly adapt the excellent plot of Borderlands 2 and cast a really good Handsome Jack?