Koei Tecmo announced in its financial results for the third quarter, which ended December 31, 2021, Hyrule Warriors: Age of Calamity has shipped 3.5 million units since it launched in November 2020. This is the highest number ever for any title in the Warriors series. 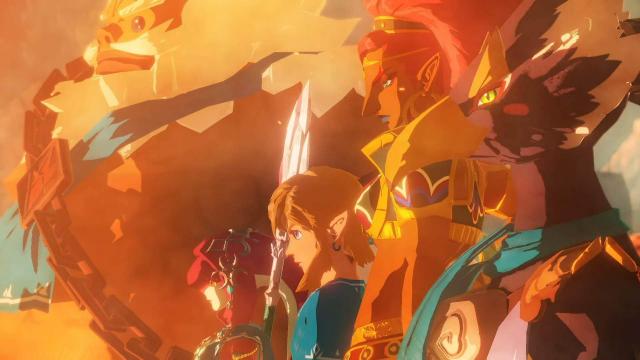 See Hyrule 100 years before The Legend of Zelda: Breath of the Wild game and experience the events of the Great Calamity.

Join the struggle that brought Hyrule to its knees. Learn more about Zelda, the four Champions, the King of Hyrule and more through dramatic cutscenes as they try to save the kingdom from Calamity. The Hyrule Warriors: Age of Calamity game is the only way to firsthand see what happened 100 years ago.

From barbaric Bokoblins to towering Lynels, Ganon’s troops have emerged in droves. Playable heroes like Link, Zelda and more must use their distinct abilities to carve through hundreds of enemies to save Hyrule from the impending Calamity.

Wow good on for Koei Temco and Nintendo

Great game, its not as polished as BOTW however its a great spin-off series. Hoping they do more of them.

As far as I can see the highest selling entry so far is DW4 with 2.25M. So Age of Calamity already sold 1M more, than the best selling Warriors so far. This is crazy.

Age of Calamity was the best selling Warriors game after just four days, when it reached 3mil units sold.

I'm honestly pretty sure AoC is the best-selling game Koei Tecmo has ever made, period, even taking the separate Koei and Tecmo entities into account. Unless the NES Ninja Gaiden games did better, which I don't think they did.