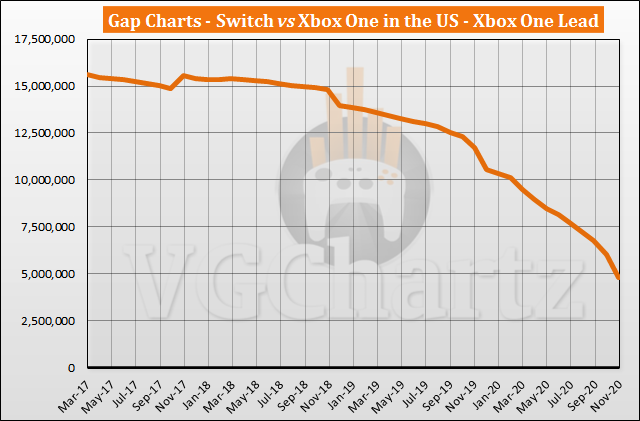 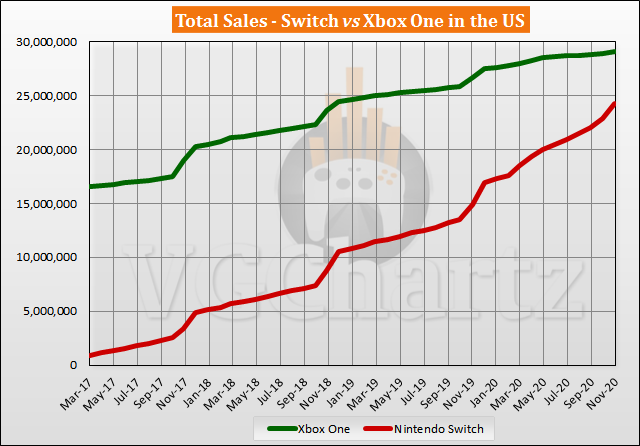 If you were to align the launches of the two consoles in the US the Switch would be ahead by 7.20 million units, as the Xbox One had sold 17.03 million units through 45 months.

We need a Switch vs X360 U.S comparison chart.

This gap will go down to around 3M in Dec

The Xbox one really did do well in the US. If it sold the same worldwide, it would have been a 100 million unit seller. But I guess microsoft has always had that problem.

They should just cut a deal with sega. Buy exclusivity for sega games and brand the Xbox as a sega product in Japan. Even if they see through the marketing, the games might be enough.