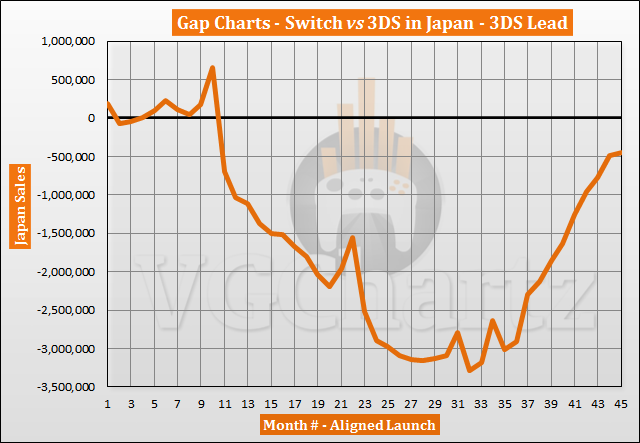 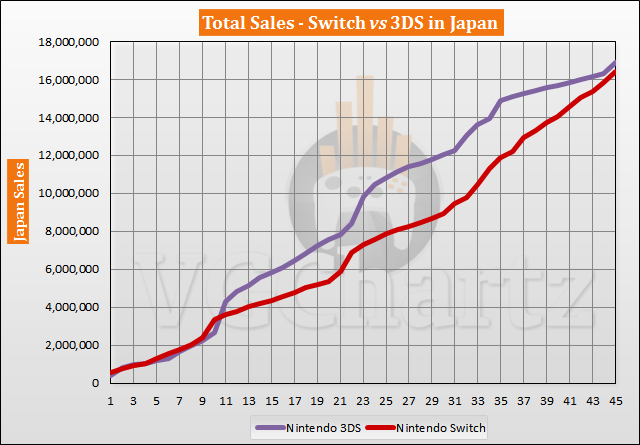 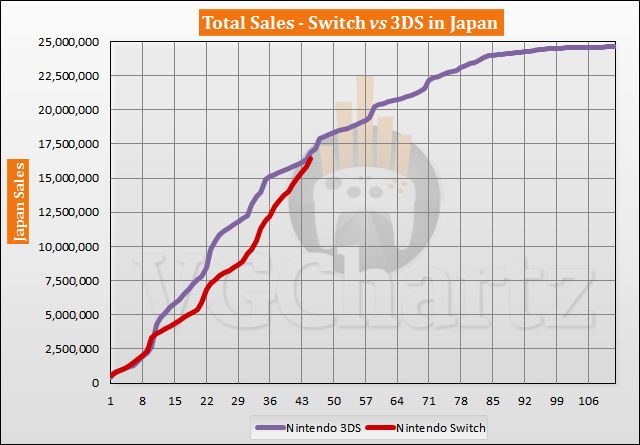 November 2020 is the 45th month that the Nintendo Switch has been available for in Japan. During the latest month, the Switch closed the gap to the 3DS by 46,000 units when you align the launches. In the last 12 months, the Switch has outsold the 3DS by 2.74 million units. The 3DS is currently ahead of the Switch by 445,944 units.

The 3DS has sold 24.64 million units lifetime in Japan through November 2020. The Switch is currently 8.22 million units behind the lifetime sales of the 3DS.

It's remarkable that the 3DS has kept its lead over the Switch for so long. If Youkai Watch had been as strong on the Switch as it was on the 3DS, this wouldn't have been the case.

Yeah, but I think around week 50 the switch is going to pass it. The 3ds is unlikely to ever recover the lead. Monster hunter should definitely help the switch this year.

Oh, absolutely. But considering the 3DS is the lowest selling Nintendo handheld and had a lot of problems at the start of its lifecycle, keeping such close sales and even beating the Switch for a while is an accomplishment for the last pure handheld to date.

In Japan the Gameboy Advance is the lowest selling Nintendo handheld with just 16.9mil lifetime. The Switch is at 17.6mil now. The 3ds is the third best selling gaming system of all time in Japan with over 24.5mil sold units.
The Switch is definitely going to pass that, but you should just know that the 3ds had almost a third of its sales in Japan.

the GBA is a special case, I think it basically had a 3.5 year lifespan as the DS came out fast
Ergo, the DS cut the GBA's legs. a lot. the GBA is one of the fastest selling vidio game devices ever