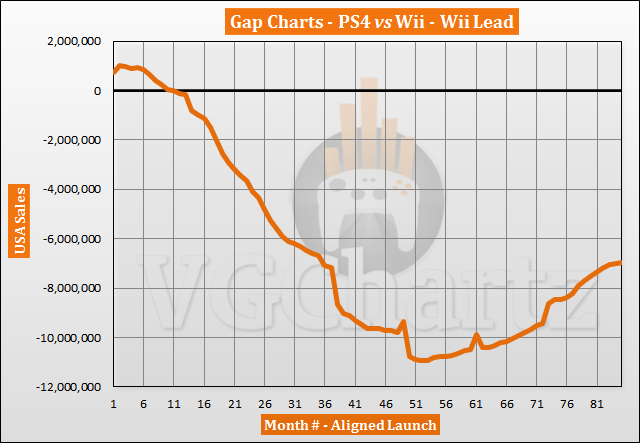 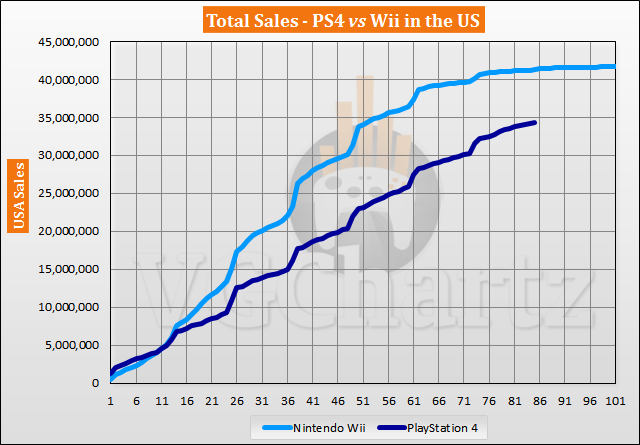 The Wii sold units 41.70 million lifetime in the US, therefore the PlayStation 4 needs to sell another 7.38 million units to catch up to the lifetime sales of the Wii.

The PS4 most likely won't surpass the Wii, even though it was able to catch up a bit but only because the Wii fell of a cliff.

The PS4 has no chance at all anymore.

unless a pricedrop comes, i dont see it outselling the Wii anytime soon

I think it's safe to say at this point with the success of the PS5, this battle is over.

Hold up I just now realized did the PS4 silently just hit the 115 million sold mark? But Sony's old champion can't reach a 120-125 million the next 3 years? Riiiiiiight ok.

Price drop and then boom right outta the gate it will ketchup!

Going by the current sales, the price drop would need to be very, very substantial. As in, lowering the PS4 standard price to something below the Switch Lite, so more than a $100 price drop at once. And even then, it will be very difficult, since even at it's best would the PS4 have needed over a year to bridge that gap; PS4 never sold over 6M a year in the US while the gap is 7M

Sony PS4 the glorious old champion will keep up the good fight. Another 3 years likely left for this chart :)