The figure is for all versions combined and includes physical and digital sales. It also takes into account the "returns submitted by retail clients in brick-and-mortar as well as digital storefronts." 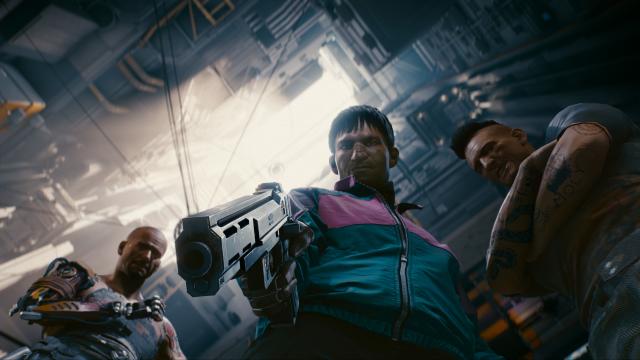 Cyberpunk 2077 launched for PlayStation 4, Xbox One, PC via Steam, Epic Games, and GOG, and Stadia on December 10. A next-generation will launch later for the Xbox Series X|S and PlayStation 5 at a later date and will be a free upgrade for those that own the PS4 and Xbox One.

Meanwhile CDPR loses $1 billion from this terrible launch ... CDPR can recover from this but for their next triple A title, they need to pull a Rockstar Games and release it on the day it's READY. Don't even give a release date, delay it as many times as need be. They need to gain back the goodwill of gamers.

Lol people downvoted you for this?

They actually lost $4b in market cap since their highest point on December 4th. However, the stock seems to be beginning an upwards recovery now, they gained 4% back today and that was before they announced they had sold 13m copies in spite of returns, that news will likely have the stock recover even more tomorrow.

This is why pubs release unfinished games. If they spent another year and abother $50mm, it wouldn't result in enough additional sales to make it worthwhile. Gamers buy the shit anyway.

Majority of the sales of these 13m, are on PS4 and XB1 consoles (base ones).
Sad state of affairs that its selling so well, dispite running the way it is.

Actually majority of the sales are on PC, not consoles. I believe they said at one point that around 55% of the 8m preorders were on PC, remaining 45% split between Xbox One and PS4. Safe to assume a similar PC/console ratio on the other 5m+ sales since release. And out of those buying on console, a decent number will either own the mid-gen consoles (PS4 Pro and XB1 X) or a next gen console (PS5/Xbox Series S|X).

I wonder how CDPR is gonna recover from this

easy, they patch the game up and everypne wil lforget this mess and be all loving to them again/

So its hardly a success at all for the owners of the company. Yes the share price will recover over time but the damage done to the brand will be long term. This isn't a case of s companies product falling short but of a company intentionally hiding a poor unfinished product from reviewers to boost sales. This damage will be long term and will taint future releases.

Actually the release price on console was £50 so if you use that price its £650million sales and 2billion of shareholder value destroyed.

Great sales but well short of their prediction, considering they already had 8 million pre sales before December

What exactly was their prediction?

According to Bloomberg, roughly 30 million sales within its first year on sale. Even if we assume that its sales for the next 11 months will roughly equal its sales in the first month, they'd still fall a few million short.

Doesn't sound too hard to reach. Already 13m down, so they'd only need to sell on average 1.5m a month for the next 11 months. Certainly doable.

Maybe more difficult with all the negativitiy around the botched console launch, but I wouldn't be at all surprised if we get a PS5/Xbox definitive edition towards the end of next year too so with that 30m by next December is an achieveable goal. Seems pretty wrong to say they're "well short" of it.

Oh geez, they announced this? The last thing people want is boasting about sales.

It's not like they sent it out in a press release to gaming sites like IGN or something, they weren't trying to brag. It was posted on the investors section of their website, and was clearly intended to restore the confidence of shareholders and get the stock value to start increasing again (they've lost billions in market cap as a result of the controversy). So far it seems like their stock is starting to increase again, after dropping from 98.86 on December 7th all the way down to 58.34 yesterday, it is back up 3 points to 61.48 now, and will likely increase even further tomorrow (this 13m+ sales announcement came after the market closed for the day).

They told investors a while back that they'd provide an update before Christmas, so it would be a pretty bad sign if they went back on that. They just did it via an investor update on the website though, no big announcements or Twitter posts etc, probably because they want to keep a low profile about sales.

Good for them that the sales haven't dropped despise all the controversy.