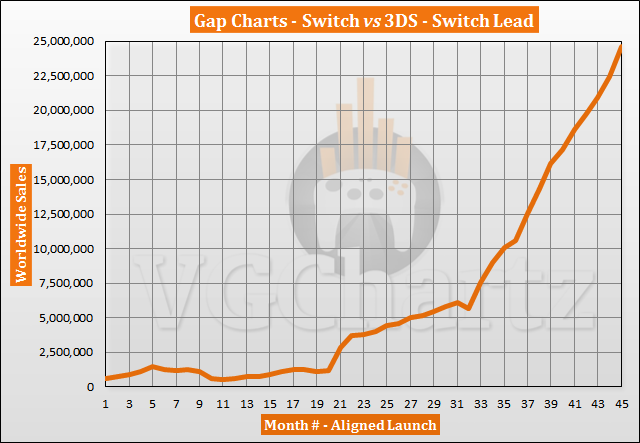 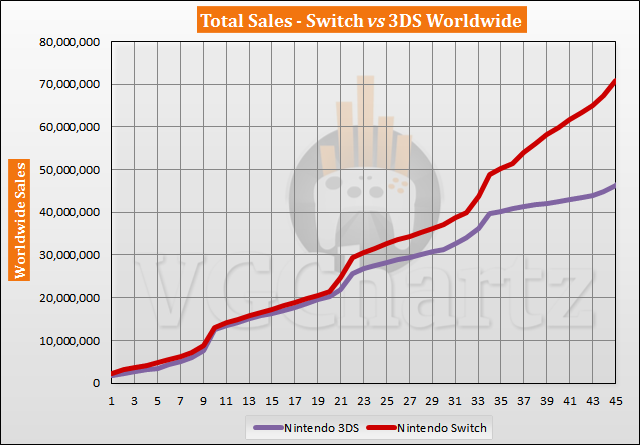 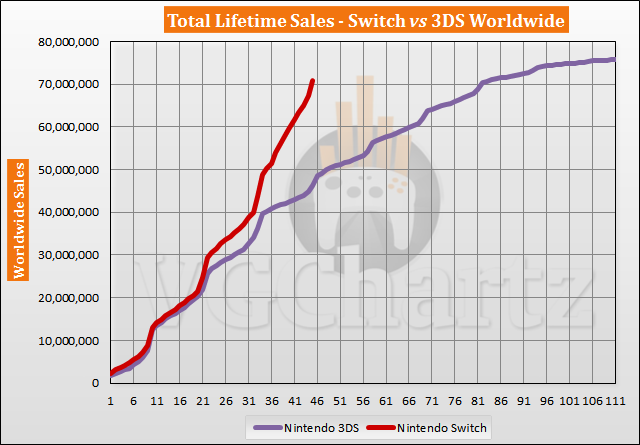 So, next month is probably the last comparison, since then the Switch will have passed lifetime 3DS sales.

One of the most impressive charts!

man good news for nintendo on this

haha wow that chart is hilarious. Making a system that sold 75 million look like nothing!

You are right. Error fixed.