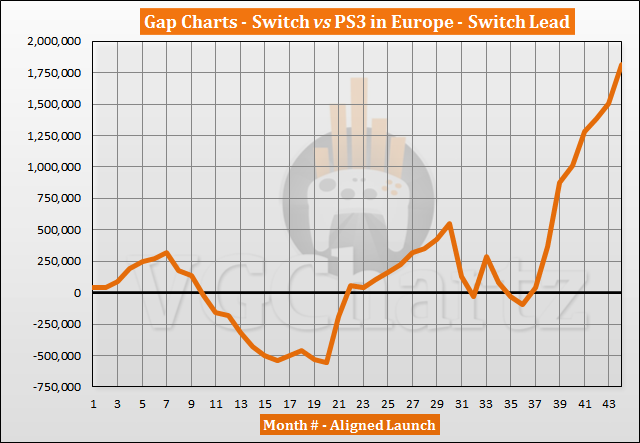 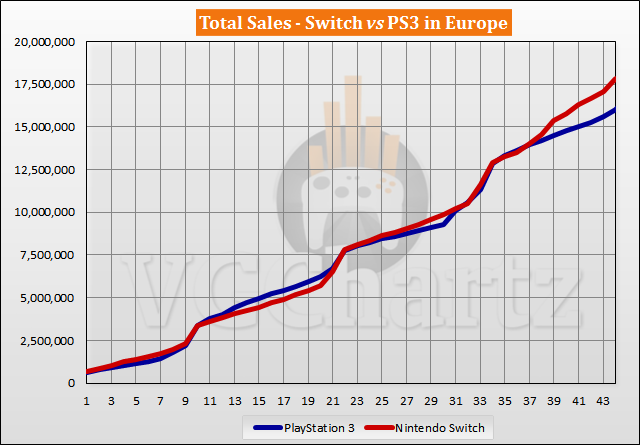 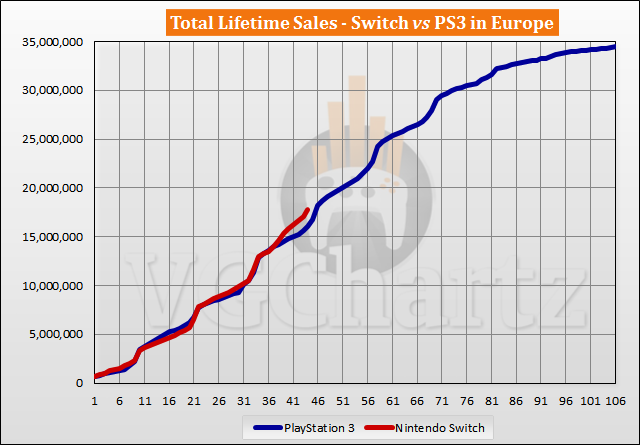 Switch started to pick up more steam in Europe this year, it will be interesting to see next year how it performs with a price cut. Their products have history of really responding to price cuts there.

Next year is the boss level; if the Switch can keep up with the PS3's sales then it should win out in the end.