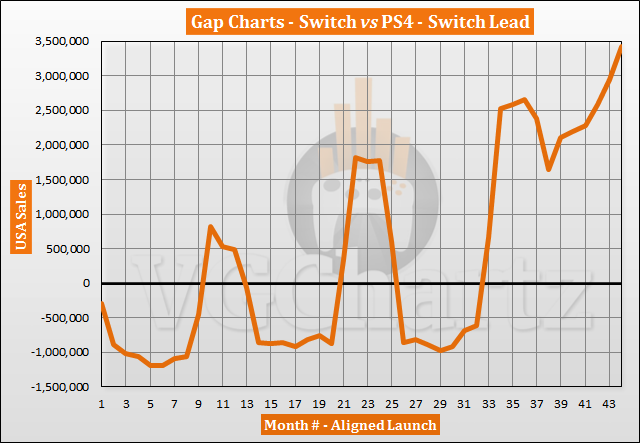 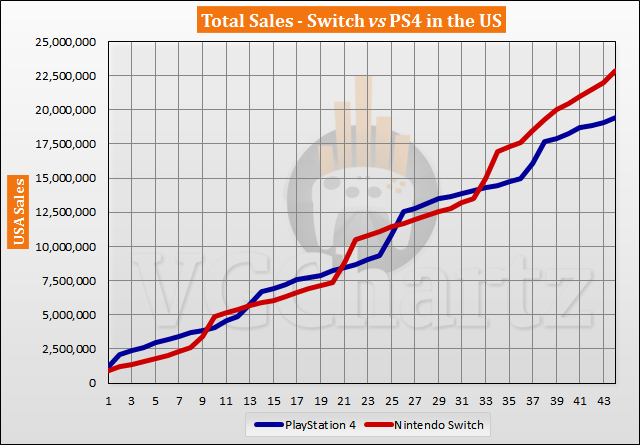 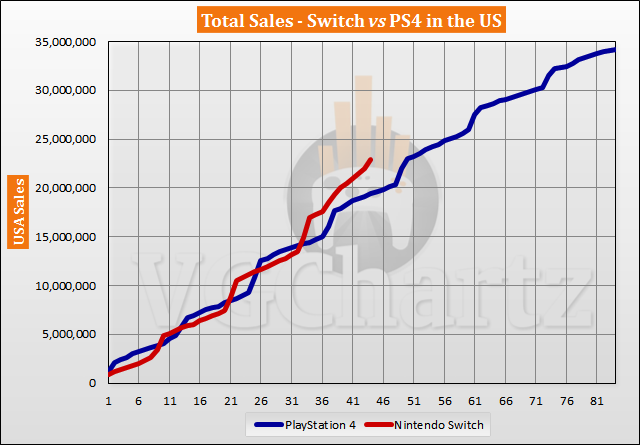 The PS4 has been available for 84 months in the US and has sold 34.18 million units. The Switch is currently 11.30 million units behind the lifetime sales of the PS4.

It is expected Nintendo Switch to overtake PS4 sales in the US in September 2022.