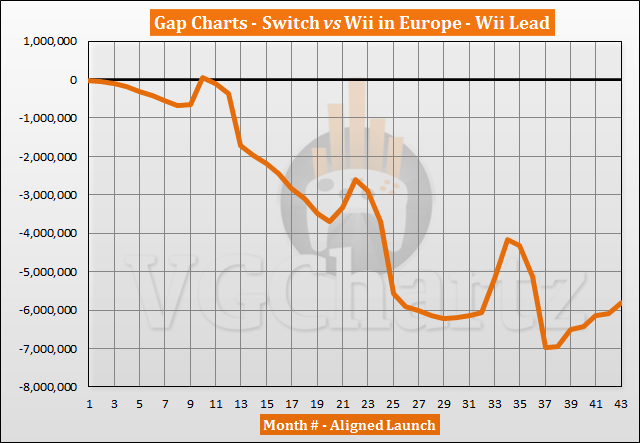 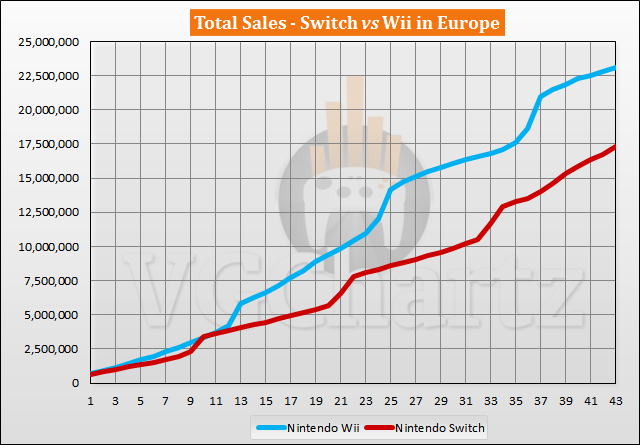 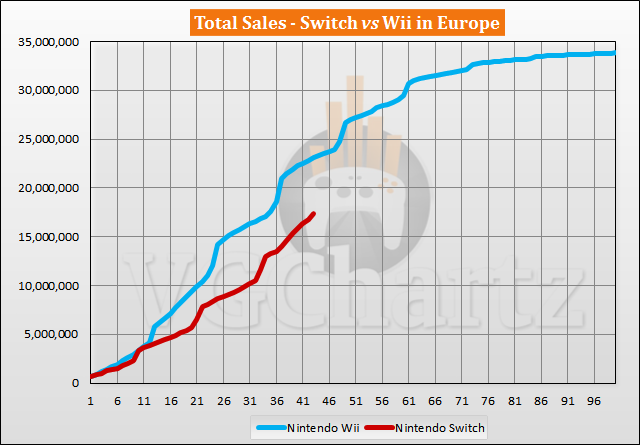 September 2020 is the 43rd month that the Nintendo Switch has been available for in Europe. During the latest month, the Switch closed the gap by 292,854 units when you align the launches of it with the Wii. In the last 12 months, the Switch has outsold the Wii by just 7359,118 units. The Wii is currently ahead of the Switch by 5.80 million units.

The 43rd month for the Nintendo Switch is September 2020 and for the Wii it is June 2010. The Switch has sold 17.32 million units, while the Wii sold 23.12 million units during the same timeframe. The Wii sold current Switch sales in month 35.

The Wii sold 33.88 million units in Europe during its lifetime. The Switch needs to sell another 16.56 million units to outsell the Wii.

Looks like the Wii will have a hard time to resist to anything after it's holiday season, which was the last time the Wii sold decently. After that, the Switch will catch up and overtake the Wii, and never look back anymore.