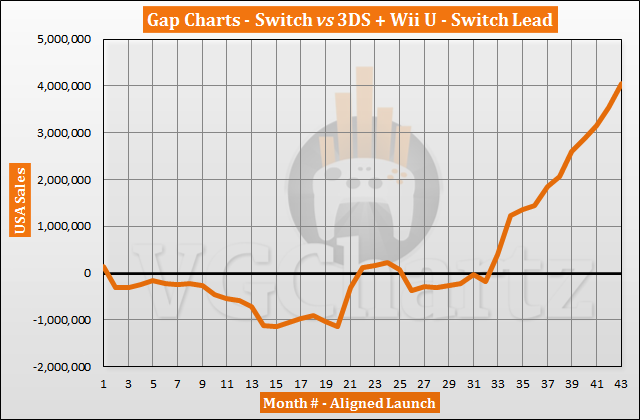 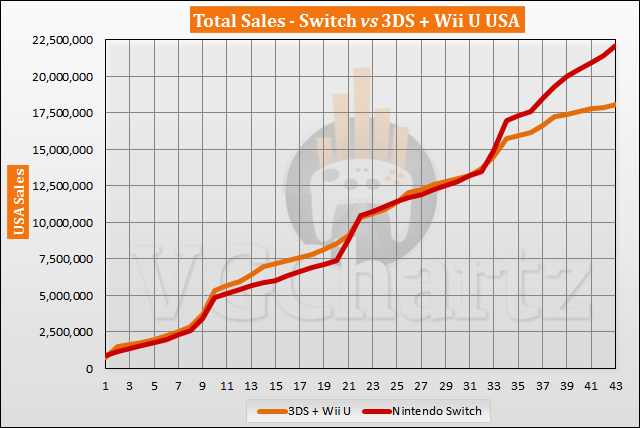 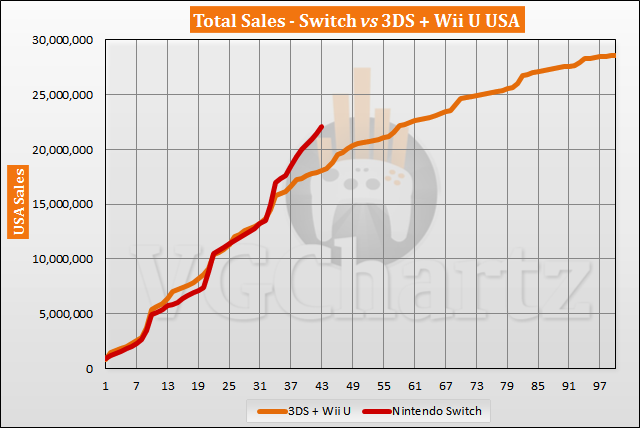 September 2020 is the 43rd month that the Nintendo Switch has been available for in the US. During the latest month, the gap grew in favor of the Switch when compared to the combined sales of the 3DS and Wii U during the same timeframe by 510,051 units. In the last 12 months the gap has grown in favor of the Switch by 4.08 million units. The Switch is currently ahead of the 3DS and Wii U by 4.05 million units.

The 3DS and Wii U have sold a combined 29.20 million units in the US. The Switch is currently 7.10 million units behind. The Wii U has been off the market for a few years, while the 3DS is still on the market. 3DS production has ended, however, the handheld is now selling under 1,000 units per week.

Switch is currently doing the sales in one year what 3DS and Wii U did in 2 years.

honestly by watching this of course Switch is a beast, but also i realize Xbox one also outsold 3DS and Wii U combined.
Man 8th gen was not the best era for Nintendo.....

XBox One total sales in the US are at about 28.8 million while 3DS and Wii U combined are at 29.2 million, just ahead of the XBox One.

It was the Wii U's fault

Meanwhile, that's the only relevant market for Xbox and MS, and still, they aren't able to dominate it.

Agree but I'd argue the Switch is also 8th gen. The Wii U started the 8th gen for home consoles and the Switch has ended it with the hybrid concept.... I know it's weird to have a company have 2 consoles in the same gen (ignoring 3DS for a moment) but think about this. If you consider the Switch 9th gen what will you say when the next Switch comes out in 2-3 years? 10th gen?
The Switch has comparable specs to the Wii U, albeit in a whole new form factor. The Wii U had a GPU that was close to that of the Switch (352 GFLOPS / 393 GFLOPS docked) and ran games at resolutions and frame rates similar to what the Switch is capable of. So, with that in mind the 8th gen might end up looking pretty good for Nintendo...