Microsoft has announced 30 games will be fully optimized for the Xbox Series X and Xbox Series S when the consoles launch on November 10. 20 of the games will feature Smart Delivery that will be upgraded automatically for free from the Xbox One versions. 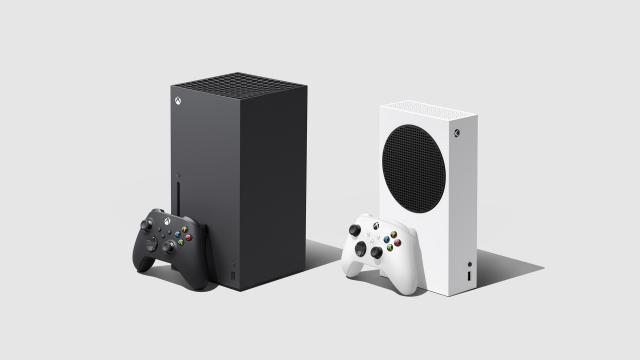 Here is the full list of titles for launch:

Slim list, but well it is gen start so that happens.

Technically it is the 2nd largest launch lineup ever for a console. Wii U is 1st place with 34 launch titles in the US and 37 in Europe. MS is aiming to have 50+ optimized games on Series S/X by the end of 2020. Compare that to Xbox One, which had just 24 games released by the end of 2013.

Technically most of those games are crossgen and a lot of them aren't even optimized for Series X. There is a very big number of old games in this list as well, so that is only buffing the count.

Every one is optimized for Series X, that is the whole point of the list. You will see upgrades beyond what is possible on Xbox One X for every one of those games. Thank of it like next-gen remasters or ports, but free (except for NBA 2K and Observer: System Redux, which have paid upgrades instead of free).

Well I am curious to see what games will also have significant enhancments via BC. Series consoles will apparently boost resolutions and frame rates in select titles. We already saw Fallout 4 is doing 60 fps. Info like that could bolster the list of games being enhanced.

The line seems blurry to me. Some of this content could simply be patched.

That is the definition of Smart Delivery, when your current gen game gets a patch for next gen console for free.

I believe Smart Delivery was sold as buying a game once for both 8th and 9th gen ports.

Here's a question I have. Will a game like Gears 5 have sepatrate downloads for 8th and 9th gen versions? If so, that would suggest a port was actually made for next gen.

Please guys just read the news!
"Microsoft has announced 30 games will be fully optimized for the Xbox Series X and Xbox Series S"

What does gamepass+smart delivery mean? I hope u don't need gamepass for gears as I already own the disc

It means the game is available on gamepass, and smart delivery applies. If you bought the game, it will still get smart delivery.