Video games have been growing in size every generation with some games now topping 100 GB. The next-generation consoles will be filling up fairly quickly depending on the number of larger games users install. 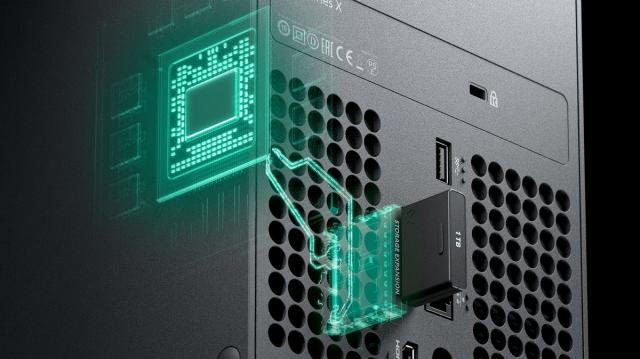 The Xbox Series X and Xbox Series S will support the use of USB 3.1 hard drive for storage. Transferring your games between the SSD and hard drive is fairly fast with most games taking under 10 minutes.

Just don't install CoD Warzone and you should be fine.

Yeah, I am very afraid of that. Current PS4 operating system storage/cache was about 150GB I think.

This isnt surprising, all storage devices require space to work

The Game Pass has between 3.5-3.8 TB worth of games. Games with Gold releases between 350-390 GB worth of games annually, and that's only looking at the XB1 games. With backwards compatibility and games increasing in size, next-gen hard drives are simply inadequate for the current generation. Even if they were 6TB they'd be borderline undersized. MS and Sony should have waited at least three more years before rolling out models with SSDs. A lot of people are going to have to Frankenstein their libraries and use up all their USB ports for external hard drives if they want to commit to the SSD.

Oh they can just smart it out and delete wha tthey'r enot playing. Really at any given point you shouldn't be playing more than 3 games. Just delete and reinstall if needed. Only takes 5 minutes.

Like I said: a lot of people are going to have to Frankenstein their libraries.

Hmm Now I am curious as to how much storage the Series S will have.

This isn't bad news, this is to be expected really. Still, an external HDD is the way to go for both consoles. £220 for a 1TB 2.4GB/s SSD is scandalous.