Microsoft has released new information on the 1TB expansion cards for the Xbox Series X and Xbox Series S, as well as revealing they will be priced at $219.99.

"The Xbox Velocity Architecture is a key innovation of our next generation consoles, delivering unprecedented speed and performance enabling transformative gaming experiences never before possible on console," said Director of Program Management Jason Ronald on why the expansion cards are so expensive.

"This level of consistent, sustained performance requires advanced components which comes at a higher cost than traditional hard drives or SSDs often found in PCs. By partnering with an industry leader in Seagate, we worked together to deliver an expandable storage solution which delivers identical performance at the lowest cost possible and available this holiday." 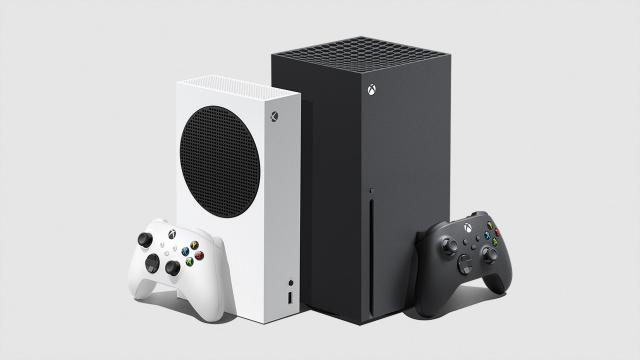 Existing USB-based HDD and SSD will be compatible with the Xbox Series X and Xbox Series S if you are playing an Xbox One, Xbox 360, or original Xbox game, and if they are not optimized for the next-generation consoles.

"It is easy as unplugging your existing external USB 3.1 HDD or SSD from your Xbox One and connecting it to your Xbox Series X | S and all your games are instantly available," said Ronald. "You can continue to play your favorite Xbox One games, including backward-compatible Xbox 360 and original Xbox games, directly from the external hard drive."

The storage expansion cards will enable the use of Xbox Velocity Architecture, which is Microsoft's "custom, internal SSD delivering 2.4 GB/s of raw I/O throughput, more than 40x the throughput of Xbox One. The Seagate Expandable Storage Card was designed using the Xbox Velocity Architecture API to deliver the exact same consistent, sustained performance of our internal SSD ensuring you have the exact same gameplay experience regardless of where the game resides."

One of the successes of the Switch was the use of non-proprietary inexpensive micro SD card. One of the failures of the VITA was the custom expensive memory cards. Just saying.

One of the successesses of the Switch was the use of built in internal memory. One of the failures of the Vita was the lack of it. Xbox has built in memory. Just saying.

All these consoles (handhelds included) had built-in internal memory INCLUDING the VITA. Minimal as it was, you can save several game saves on the VITA as long as you are playing from a physical game. That internal memory was disabled when utilizing a proprietary memory card. FACT.

1 TB ought to pretty good already, so the price of additional storage space shouldn't be a huge issue for most people. It will be for the most dedicated gamers of course, but I can't really see this as a problem. You can definitely criticize the price because it's horrible, but to me, comparing this to Vita seems just ridiculous. Maybe time will prove me wrong and 1 TB won't be ever nearly enough, but righth now it seems at least decent.

@Zkuq It does vary from user to user. In my experience with the PS4 Pro, my 1TB hard drive is already filled up. It's been a hassle wanting to just sample a newly purchased game when I have to find and decide something to delete most every time. Of course that's just the nature of storage maintenance. And actually, my comparison was more towards the consumer friendly Switch with the lack of a proprietary storage medium. If Nintendo can do it with an "under powered" console while recently kicking everyone's ass, you'd think one of the most financially secured companies on the planet can follow a similar suit. Then again, there is a reason why Microsoft is so financially secure, and it sure wasn't by quality products. ;-)

The problem with your argument is these next gen consoles are about pushing new specs. If you're looking for inexpensive specs, then just keep using 8th gen hardware and Switch.

It sucks the new storage devices are so expensive, but do you absolutely need them? No. You can play any game with default storage, you just can't install many AAA big games. This is also why Gamepass will really benefit from the cloud option, we can try games without having to bother with a download.

I was going to say the exact same thing. People were so excited by the Vita. But, the announcement of 3G (and not 4g) and the expensive memory cards killed all the hype that thing had. This is very-much similar. What a shame.

at the lowest cost possible .... They should of tried harder.

Damn these SSDs are expensive... Although I heard rumors the PS5's SSD will be cheaper to get. I'll keep this in mind when I buy my Series X next year :)

They won't be. Sony is only allowing SSD's that are as fast as the internal one, because anything slower would handicap the performance of games that rely on the speed of the internal drive. PS5's internal drive is very fast, twice as fast as the one in Xbox Series. I'd say you're currently looking at $300+ to add a 1 TB drive to PS5, though that price will go down some over time as newer, faster SSD's release and older, slower ones go down in price. But of course the price of these Xbox SSD cards will also go down over time as the cost of the technology inside of them decreases.

@shikamaru317 That's good to hear friend. I kinda had a feeling the SSDs would be expensive to get from Microsoft and Sony but damn... 200 bucks is a lot to pay for storage lol

The Series S is looking more and more like the worst option.

I agree unless 500 gb ends up being enough for those users.

Yep, but MS did say games will be smaller on Series S. My guess is that would be games using lower quality textures.

Aren't PCIe 4.0 NVMe's much faster for the same price?

To put this into perspective, this costs as much as a switch lite

BS. It's shht like this that drives consumers away. Stupidity if you ask me.

A lot of people I know think the default storage will be more than enough for these consoles because of games being smaller due to ssd optimization and ability to separate parts of the game in storage and remove parts you no longer need. However, you only need a few games like Modern Warfare to throw that out the window. I'm curious how this will turn out.

Kinda feels like a mistake now that they focused on super fast storage rather than storage capacity. Both of these systems are crippled by the fact that even the $500 versions can only hold literally a handful of AAA games on the system considering how big next gen AAA games are gonna be. These systems storage capacities are basically on par with the Switch's limited space in terms of # of games you can put on there, but with Switch you can spend like $50 on a big SD card to get vastly more storage for many times more games.

The switch to SSDs is long overdue and definitely the right choice. Also the consoles have enough storage for a handfull of games. If you need more storage capacity and wanna cheap out then get yourself a cheap external mass storage and move the games from and to it.

Yep... And if you are saving screen shots or videos, might as well keep them on external slow disk drive.

"Also the consoles have enough storage for a handfull of games." Yeah, exactly the problem. They can only store a handful of games. Even if you mostly buy physical there will probably be plenty of games with huge downloaded patches, sucking up that limited storage. The size of games versus storage amount basically makes the digital only versions of these systems useless except for very casual gamers who buy like 2 games a year.

And having to move games on and off extra external storage devices just sounds awful.
I definitely think both companies shot themselves in the foot with this. I have no doubt within a year you're gonna see gamers complaining that they are out of storage with the only options being really annoying or spending a bunch more money on top of their $500 system and $70 games.

I guess if say you mostly just use what are they called Game Pass and PS Now, it would be okay, but I feel bad for any serious gamer getting these next gen systems. You're gonna very quickly end up having to spend a few hundred extra dollars just to play new games.

These hard drives don't have enough storage space. Thanks to the Game Pass, Games With Gold and backwards compatibility, even combined with the console's SSD they are inadequately sized for the current generation. It's at least three years too early for SSD drives to be standard-issue for consoles.

I don't agree because there are seemingly great advantages to upgrading storage already. These consoles will also be relevant while storage gets cheaper. Much like the last two gens.

However, it would be nice if select games could also work on cheaper external storage devices. For example, perhaps many Xbox Series titles could function on USB 3.0 HDD or SSD without any problems except longer load times. If so, you should have the option to install select titles on a slower external devices to conserve the faster storage for games that absolutely need it.

I think virtually everybody buying a Xbox Series console or a PS5 plans on using BC as well. Therefore every user should invest in an external HDD/SSD for BC content.