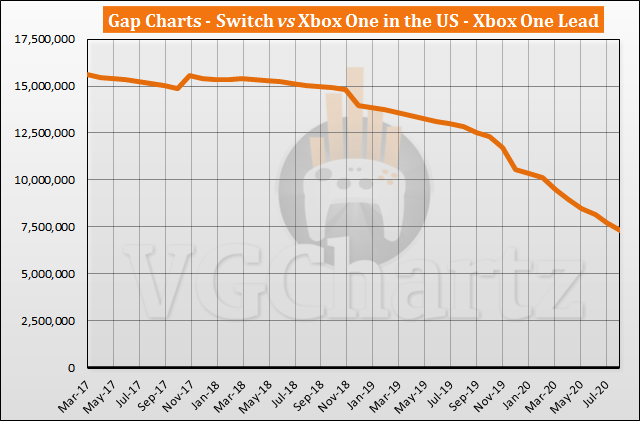 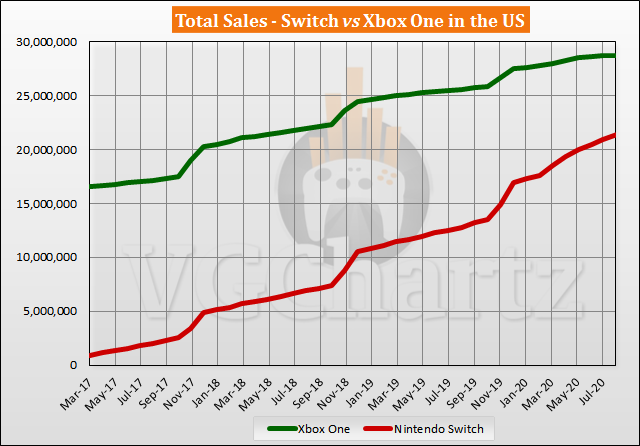 If you were to align the launches of the two consoles in the US the Switch would be ahead by 4.77 million units, as the Xbox One had sold 16.66 million units through 42 months.

I see the Switch beating the Xbox One's lifetime U.S sales by about 12-15M when all said and done. 40-45M in the U.S seems likely for the Switch.

Switch will sell over 50 million imo

It's always been crazy to me that Microsoft has always been the underdogs behind Nintendo and Sony when they have 10x Nintendo's and Sony's net worth combined. Microsoft Series X has the potential to change that. But yeah Nintendo Switch will continue to dominate Microsoft Xbox One and Sony PS4. That's not changing at all until November.

That's not changing period. The switch will dominate for at least 2 more years