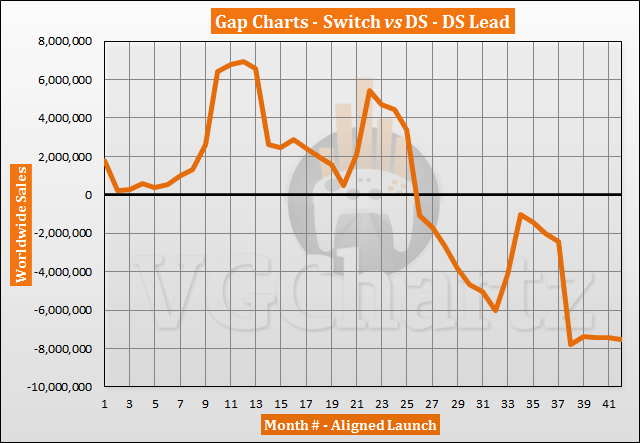 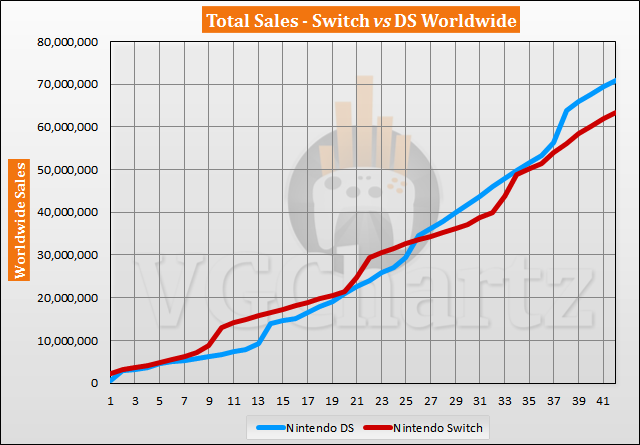 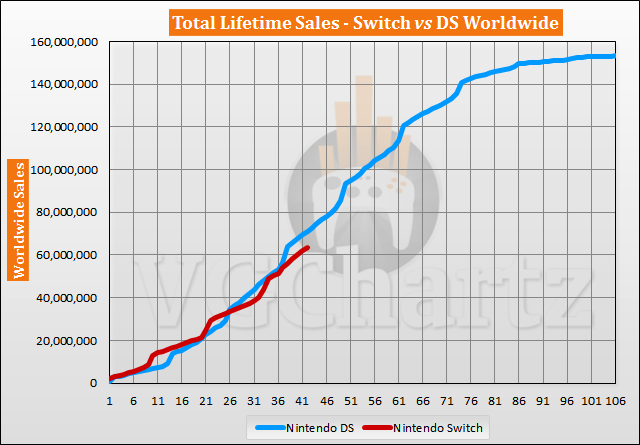 August 2020 is the 42nd month that the Nintendo Switch has been available for. During the latest month, the gap grew in favor of the DS by 92,549 units when compared to the Switch during the same timeframe. In the last 12 months, the DS has outsold the Switch by 2.84 million units. The DS is ahead of the Switch by 7.53 million units.

Nintendo is beast. Never count out the underdog :D. Will Nintendo Switch catch Sony PS2, the best selling console to date, 155+ million? We'll see. These next 4 years of gaming will be interesting. Sony PS5 predicted to outpace Sony PS2 according to analysts, interesting times for Nintendo and Sony :D!!

DS sales from 2006 to 2010 were fucking crazy. However, they dropped like a rock in 2011: from 19 million to barely 6 million. Then it only sold 3 million after that.
It literally sold less than 10 million after 2010. I don't see Switch dropping like this, which mean it has a chance of recover and close the gap DS created the first years. It really all depends when Nintendo release Switch 2, if 2023 is the date then no chance, if it release in 2024 or after i honestly can see Switch winning this.

The Nintendo Switch is just insane , Sony and Xbox never did this (the PS2 is an exception)

There will be a contact between the two lines at the end of December.

Switch should be able to gain in the next couple months, Should be close to surpass it but i don't think it will be able to do it.