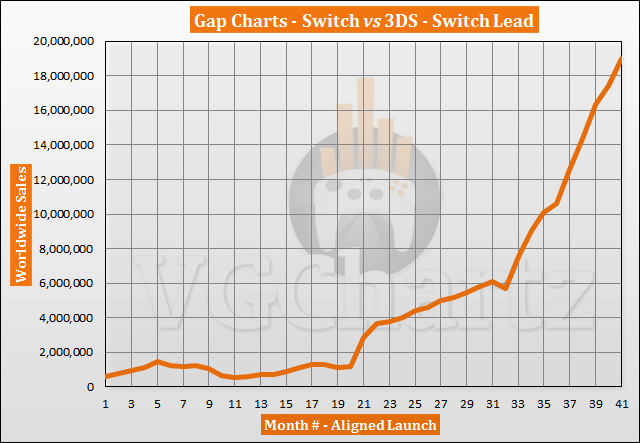 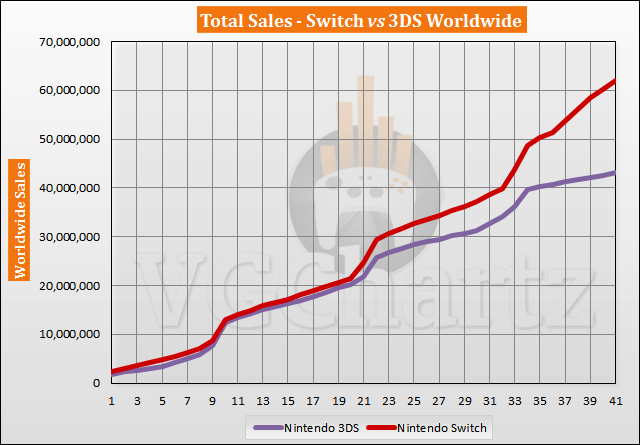 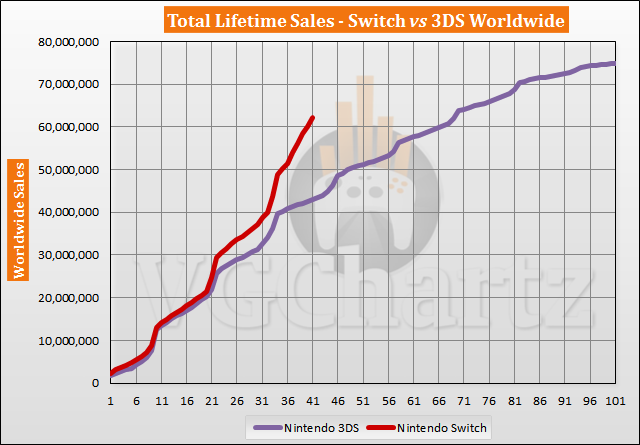 Switch is gonna make the combined 3DS + Wii U sales of ~89 million look like child's play.
By January there will be no point incomparing Switch to 3DS anymore because Switch will have already sold more lifetime.

I remember there was a poster who was adamant about the switch stopping at 60 million, still saying it even at early 2019. I wonder how hes doing now

August till December (5 Month) 2019 switch sold about 13.6 million units globally. if it will repeat those numbers it will be at about 75.6 million units then and basically get even with the 3DS lifetime sales. I guess we can say for sure at the very very latest Switch will pass 3DS Q1 2021. But the numbers switch pulls at the moment (Switch sold something like 7 million in the last 3 month!!!) it should pass 3DS still in 2020. It really seems like 2020 will be like 25-27 million switches globally. absolutely insane...

It may very well pass the 3DS’ lifetime totals by the end of the year.

Switch's 4th year is one for the history books.

80mi is guaranteed for Switch then.

110mil is pretty much guaranteed.

The switch may very well easily outsell 3DS by the end of the year, in less than 4 years. That's DS and Wii levels of insanity

Woah, this holiday-like momentum in the midst of the year...
Yeah, 3DS-lifetime-sales will be probably met by the holidays.

The switch has basically a 30 month lead on the 3DS