Microsoft and Sony are busy preparing to launch their next generation consoles, the Xbox Series X and PlayStation 5, this coming Holiday season. The current generation saw the PlayStation 4 outsell rival Xbox One by more than two to one as the PS4 has sold over 112 million units, while the Xbox One has sold nearly 50 million units.

The gap between the PS5 and Xbox Series X is expected to be similar to the current generation, according to a report released by analyst firm DFC Intelligence. The firm predicts the PS5 will outsell the Xbox Series X by around two to one, with the PS5 selling over 100 million units by the end of 2024.

DFC says Sony's continued success in Europe, Japan and other non-English speaking markets is why they are predicting the PS5 to outsell the Xbox Series X. 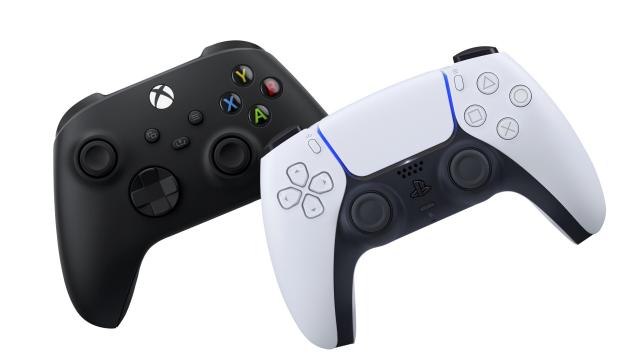 DFC's report that despite the Xbox Series X having lower sales, Microsoft's approach to the next generation will lead to more success in the long term. Their approach being the continued focus and push on growing their Netflix like gaming service, Xbox Game Pass. It will help them grow in the much larger PC and mobile markets.

The initial success of the Xbox Series X and PS5 will depend on the strength of games and the price of the consoles.

these people are full of it

Far too early to predict this imo. MS and Sony are still holding many cards close to their chest. Both held back some game announces. MS still hasn't announced Lockhart/Series S. Neither has announced price. If Lockhart comes in at $250-300 like some rumors suggest, it could throw a major wrench into PS5 selling 2 to 1, as such a low price tag would be very attractive to casuals who don't really care about specs.

Honestly, I wouldn't even count a $300 machine as a next gen machine. Not with Series X and PS5 being $500 or more. If they release a $300 Lockhart, then it should be counted as a separate machine from Series X in sales. Otherwise it's just more of MS trying to hide their failures by muddying the waters. If Sony sells 120 million PS5s, and MS sells 30 million Series X with 30 million more Lockharts, then that's still a failure on MS's part. Between the $500 PS5 and the $500 Series X the PS5 would be winning 4 to 1.

2:1 would actually be an improvement for Microsoft since the PS4/XBO ratio is around 2.3:1.

Yup. I think PS5 will outsell XSX in the 1.5-2.0:1 range. Either way would be an improvement for Microsoft's ratio from the eighth generation.

Agreed. Absolutely no chance. Not even close. Maybe they'll sell 100mm between them.

Xbox takes a different direction for the new gen, firstly they just want to provide a service as widespreaded as they can.

Yeah DFC aren't really known for their bold predictions. Remember their whole article about how Switch will not be able to reach 100 million units sold

'The more or less exact status quo will repeat in the next gen' is the laziest and least reliable form of prediction there is, IMO. That has literally never happened before.

That’s true, DS vs PSP against 3DS v Vita is the closest generation over generation result there’s ever been.

That’s true, DS vs PSP against 3DS v Vita is the closest generation over generation result there’s ever been.

Well.. that would be an improvement for MS.

Not surprising, there's becoming less and less of a reason to own an Xbox SX at this point when it essentially will never have an exclusive game. Plus unlike Microsoft, Sony actually gives a shit about marketing their system to every market whereas Microsoft mainly focuses on NA and no where else

It needs to be clear that software sales should become the defacto metric for success as time goes forward, due to the evolving nature of platforms. Otherwise, with Microsoft's new direction, HW sales as a metric will fail to highlight their success or failure in gaining marketshare against Sony. However, if a platform is poorly represented by metrics, it could be for the better or for the worse, since low stats can reduce popularity, but they can also reduce visibility for competitors and blindside.

On SW Metrics it will still be quite favorable to Playstation, GP will take a lot of the sales from Xbox SW.

Regardless Don, my point still stands because if things are calculated right, they might be giving only Gamepass numbers across all supported devices, so it should not remove any sales from the metric. It's probably what's going to happen anyways.

Wouldn't revenue be a better metric?

Revenue is the best, but people like to see figures about pieces of merchandise sold. That's also why this site is so popular, our graphs are used on youtube videos and articles. Our graphs, notice, never post revenue. Also, another problem with revenue as a metric is that big corporations like Microsoft and Sony bunch their revenues together, so you will not get a proper idea of the popularity of their games by using it.

True, but I believe Sony does provide the revenue for each division, PlayStation, Music etc but I'm not sure if Microsoft or Nintendo does.

All three post revenue and profit from gaming division. Sony also post HW sold and even sometimes first party SW sold and 3rd party as well. The sole problem on units sold come from MS, they don't say how many games or consoles they sold, they only tell Live MAU (mixing silver with it) and GP subs, with their gaming division mixing other HW and source of revenue from what I know.

For the record: Nintendo breaks down their financials and reports sales of software for each individual platform each quarter, including year over year change and future projections (which are normally highly conservative). Nintendo’s financial reports are also super easy to read compared to most companies, especially since ether have been consistently formatted since Iwata began handling stuff in the early GameCube era nearly 20 years ago.

All the Xbox games will be on PC. Also their big block buster is on the Xbox one. So it may be slow at first.

Expected Patcher and I am disappointed.

quite the bold prediction!
don't count ur chickens befo they hatch as I always say!

Definitely not. I'm sure MS will have a significant turnaround. That's not to say they'll outsell Sony but they will meet expectation and some.

Quite obvious prediction. And we will see how much success GP and XCloud will make.

Be more than that.