Switch vs PS4 vs Xbox One Sales Comparison Charts Through August 1, 2020 - Sales 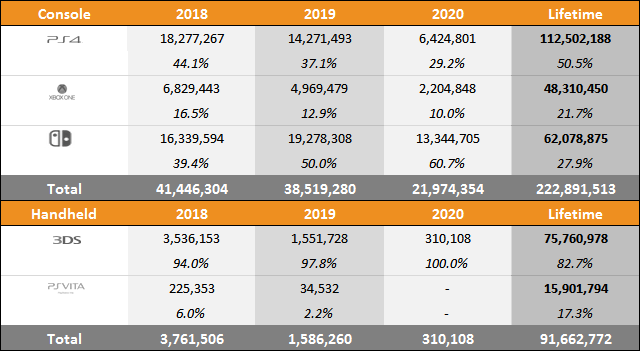 The Switch is almost 100% up YoY, holy shit. I wonder how many other times this has happened in the middle of a systems life.

If the Switch continues to sell at this rate it'll have sold 35mil this year before it's done. The Switch really is a monster.