I've talked about it a few times before in these articles, but it bears repeating: music in video game can serve practically any role or purpose imaginable, from building tension for the appearance of a villain to creating a sense of calm and serenity for a place of safety, and to any number of other functions in a myriad of difference situations and games.

When you add lyrics to these songs this rings perhaps even more true, as they add an entirely new element on top of the instruments, and can expand on whatever the original intent of the piece was. These following tracks are played in a wide variety of different settings and situations, each meant to evoke a very specific emotion in the player, and they all do it exceptionally well. 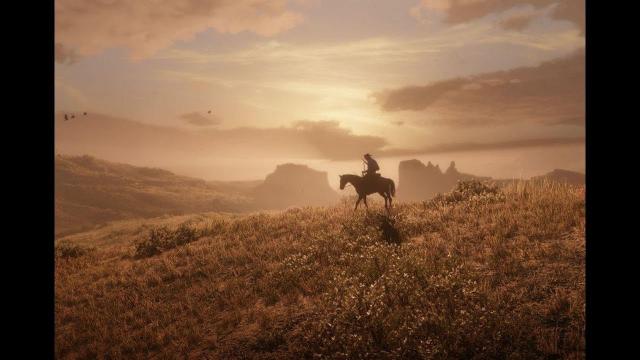 Red Dead Redemption was never quite the masterpiece in my eyes that so many other people thought it to be, but one of the aspects I absolutely loved was the score, and unquestionably the most famous piece of music from the game is 'Far Away', the beautiful guitar-driven ballad that plays when the player first enters Mexico.

The song served as the perfect interlude between two distinct parts of the game, as the player effectively travels from one world to another by simply crossing a river. The lyrics also do a great job of bringing the player inside John Marston's head, as he continues his involuntary mission across the frontier.

(from Silent Hill 4: The Room)

The way that I would describe the song 'Room of Angel' from Silent Hill 4: The Room would be 'hauntingly beautiful'. It manages at once to be both beautiful and disturbing, with the latter sense growing stronger the more you learn about the game's story and its main villain.

The game itself is generally considered the weakest of the original four Silent Hills, but there's still plenty to like in it as well. The score by Akira Yamaoka is an absolute highlight, as it always was in these games, and my personal favourite theme from Silent Hill 4 is the song 'Room of Angel'. The vocals by Mary Elisabeth McGlynn are powerful and genuinely harrowing, and together with the backing instruments her performance creates a sense of unease and sadness which very few other video game themes can match. The mood this song creates is just decidedly unnatural and disturbing, and that's exactly why it's so great.

By the time Final Fantasy X came around the series had already featured a few vocal theme songs, but this was the first time the main series had featured a Japanese language vocal theme. It was a conscious decision on the developer's (and specifically Nobuo Uematsu's) part, as the game's world and visual style were heavily inspired by Japanese culture and art.

Rikki, the singer, was chosen for the role by Uematsu and Kazuchike Nojima specifically because of her background as a traditional folk singer in Japan, meaning she fit the style and tone of the game perfectly. This can easily be heard in the game's main vocal theme -'Suteki Da Ne'.

(from Legend of Mana)

When it comes to video game vocal themes most often you'll hear languages like English, Japanese, and maybe some Latin or Spanish here and there, but for the songs in Legend of Mana the composer Yoko Shimomura instead chose to utilise Swedish vocals, which were sung by Annika Ljungberg.

This simple decision instantly distinguished 'Song of Mana' from practically every other video game theme song, and to this day it there aren't exactly many video games with Swedish language vocal themes, and especially not in Japanese RPGs. Of course, 'Song of Mana' is a very good song in its own right as well; the language choice just gives it some additional flavour to separate it from the pack.

The Poet and the Muse

As I mentioned at the start of this article, songs in video games can serve countless different purposes, but I don't think there are many that tell the player exactly what they need to do going forward while also providing some nice storyline details as well. It's this kind of attention to detail and storytelling that makes me respect Remedy as a developer so much.

The fact that this song was played by Poets of the Fall, an actual real-life band effectively playing a fictional in-universe band called Old Gods of Asgard, is a nice touch as well, as they had previously worked with Remedy on the ending theme for Max Payne 2.

Supergiant Games has always been great at combining the storyline beats in their games with the perfect music and visuals to suit each moment. As a result, games like Bastion feature some powerful and often introspective moments of reflection amidst all the death and destruction, and there are very few better examples of this than the player's first meeting with Zia, one of the main side characters in Bastion.

For most of the early game the player is running through abandoned ruins of the old world with only monsters left to live in them, and then suddenly, as the player approaches the place where Zia resides, the song 'Build That Wall' begins playing in the background, and for just a little while the entire tone of the game changes. Soon, you'll find out that it's actually Zia herself singing the song, creating a wonderful, brief moment of calm amidst all the chaos and destruction.

Initially, Xenogears was intended to feature two vocal themes, both sung by the Northern Irish singer Joanne Hogg. However, one of the tracks, 'Stars of Tears', was ultimately removed from the final game when the cut-scene it was supposed to appear in was taken out due to pacing issues. The other song, 'Small Two of Pieces', was left in, however. It plays during the game's end credits and has the distinction of being the first ever ending theme with sung lyrics to appear in a game made by Square.

Yasunori Mitsuda, the soundtrack's composer, later stated that it took him ”an awfully long amount of time” just to compose the demo version of 'Small Two of Pieces', and in a very similar situation to his time working on Chrono Trigger, he actually collapsed during the soundtrack mastering process due to overworking himself to exhaustion. If nothing else, it certainly shows his devotion to his craft, and the end result is often considered one of the best video game score of all time.

The Best is Yet to Come

Sung by Aoife Ni Fhearraigh, 'The Best is Yet to Come' from Metal Gear Solid is another example of a song instantly distinguished by its unusual choice of language, specifically Irish in this case. It's not something they necessarily needed to do for the song, but I'm glad they went with this more unexpected and unique option, as not only does Aoife sound wonderful, but the Irish lyrics immediately set the song apart simply by existing.

Music has played a huge role in several Metal Gear games over the years, and in many ways it all began with Metal Gear Solid. Hideo Kojima's tendencies regarding musical choices in his games would be further fleshed out in later titles, often through licenced songs, but in my opinion 'The Best is Yet to Come' is still among the best vocal pieces in any of his games.

(from Child of Light)

There's a constant sense of melancholy and sadness in both the music and narrative of Ubisoft's storybook-like RPG Child of Light. However, mixed in with that is an undercurrent of hope that also runs through the game's story and characters, and that is the feeling reflected beautifully in this song which plays at the end of Princess Aurora's journey.

The lyrics and vocals by Cœur de pirate, who also composed the rest of the soundtrack for the game, give Child of Light a fantastic final note to end on, capping the story with a message of positivity and hope, and of overcoming the darkness in one's life. 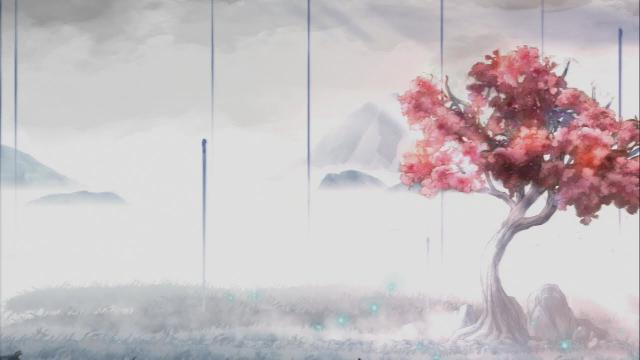 Question of the Month?

What is your favourite video game vocal theme?

Maybe it's nostalgia speaking, but for me the vocal theme that I've always loved the most is 'Melodies of Time' from Final Fantasy IX. Naturally there are many other great ones out there, but that's the one that means the most to me personally.

What about you? Leave your favourite video game local themes below, and maybe they'll get featured in one of these articles in the future.

Suteki da Ne(It's a Beatiful World) is really one of the greatest vocal themes of all time. And To Zanarkand is just one of the best musics overall, period.

Le ali del principio from Baten Kaitos Origins, up there as one of Sakuraba's best. 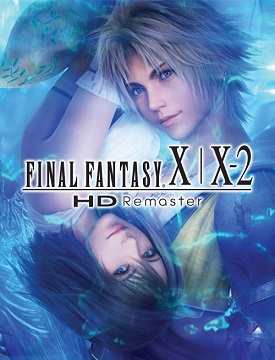 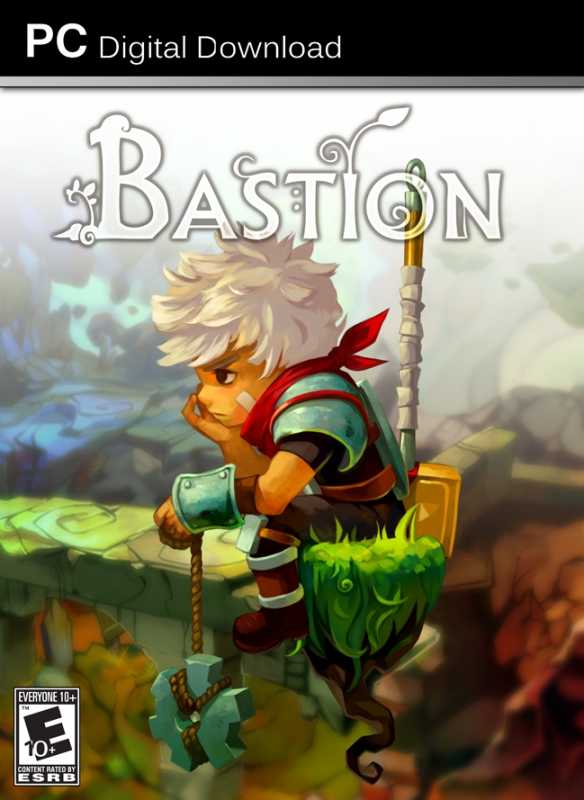 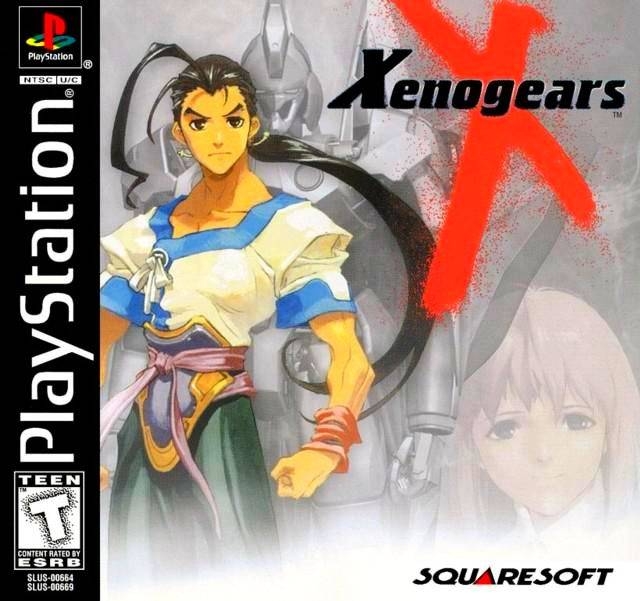 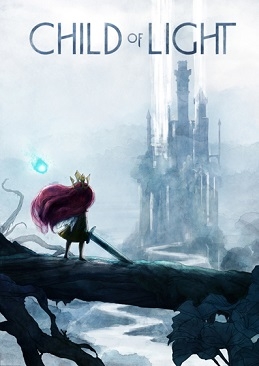