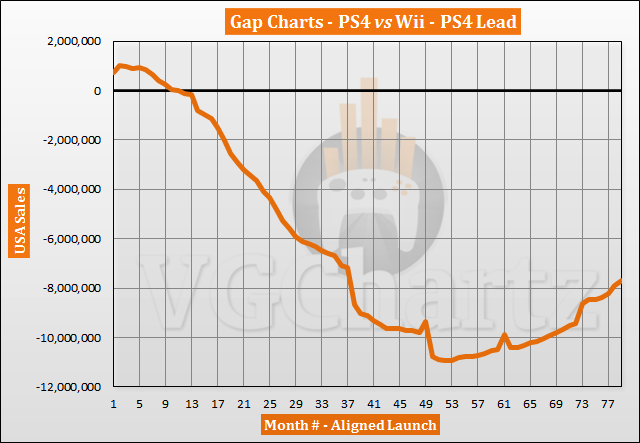 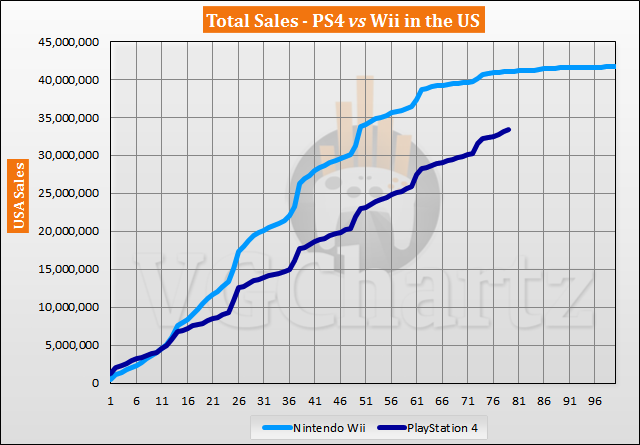 The Wii sold units 41.70 million lifetime in the US, therefore the PlayStation 4 needs to sell another 8.36 million units to catch up to the lifetime sales of the Wii.

Man the Wii just died after month 72, the PS4 will get closer to the Wii's sales in the U.S but I think it's still to late for the PS4 beat the Wii's U.S sales