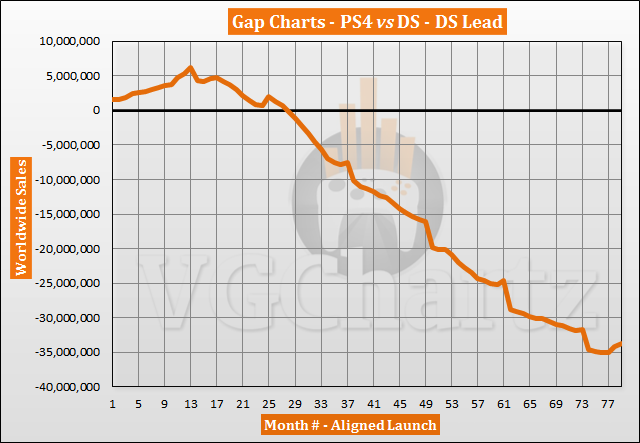 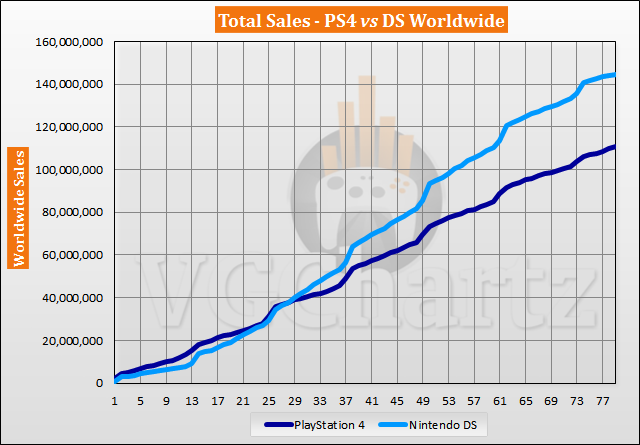 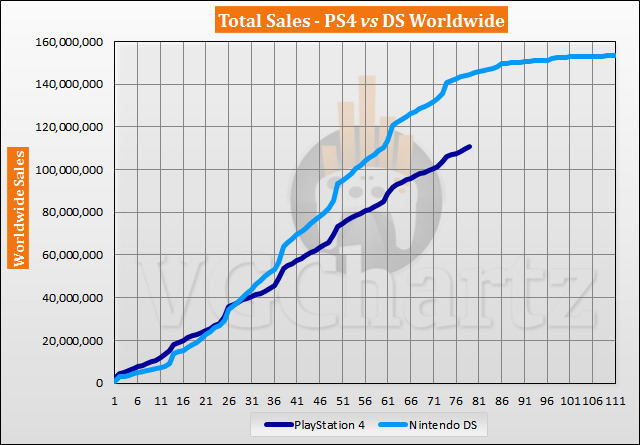 The DS lead is insurmountable at this point, but PS4 made a good run of it.

I assume that the gap curve would have been quite flat without the lockdown, just like in January and February.

Momentum reached a turning point, but I doubt PS4 can close this massive gap.