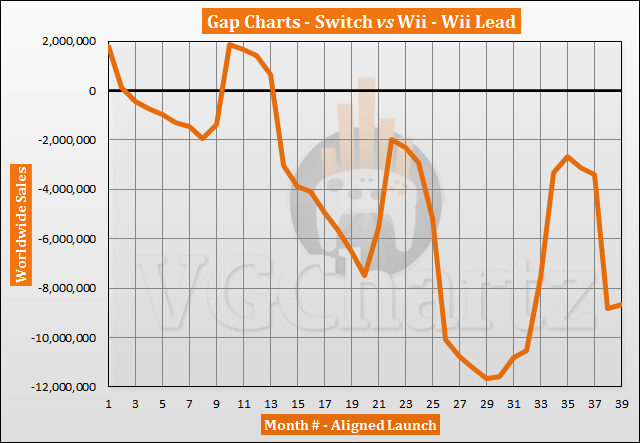 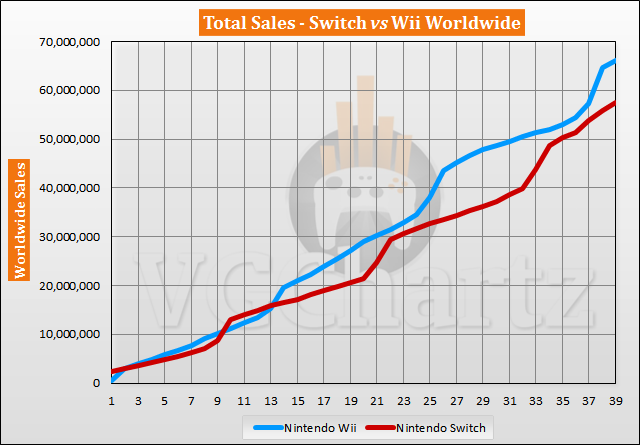 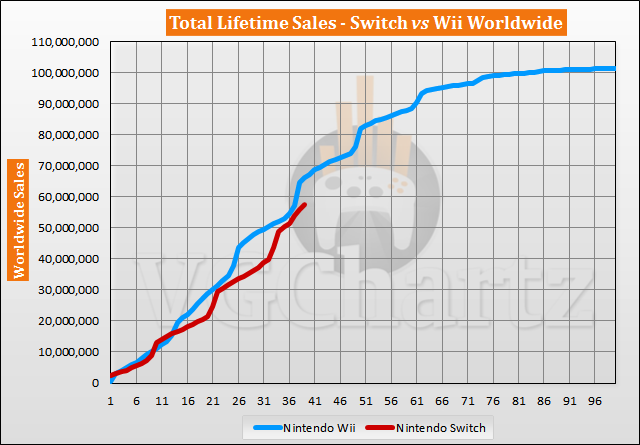 May 2020 is the 39th month that the Nintendo Switch has been available for. During the latest month, the Switch closed the gap by 180,194 units when you align the launches of the two consoles. In the last 12 months the Switch has outsold the Wii by 2,099,144 units. The Wii is currently ahead of the Switch by 8.65 million units.

The Wii sold 101.63 million units worldwide during its lifetime. The Switch needs to sell another 44.11 million units to outsell the Wii.

This is still the same old Gap Charts I've been doing for years. However, talking with some of the staff we've come up with a new title that isn't as long and is more likely to bring in new readers.

That is good to hear. The goal is not create click bait and misleading titles, but to grab your attention more.

44 million left and Switch sold 21 million last FY. It's got this.

I think it will outsell PS1

Scary thought, 3rd party games (well for me anyway) have been far more enjoyable on the Wii. Imagine the kind of growth Switch could have had if 3rd parties didn't release butchered half games on cart, half games to download. So many people who like 3rd party games and want the Switch to compliment their latest gen console or PC simply cause they can play their favourites on the go.

Switch isn't even that far behind. It's still amazing to see how Wii just flatlines after 4 years.

Sales will start to drop hard during this year; they start very high but drop more than 50% over the course of 6 months. Until June the Wii will be able to compete with the Switch, but after that, the Switch will start to catch up and then sail away.

The Wii's line doesn't get flat until after year 5. Crossing point of the two lines will occur during month 56-58, so that's still a long way away.

We could see a cross during the holidays this year.