A patent for the development kit of the PlayStation 5 has been discovered. You can see one of the images of the PS5 dev kit in the patent below. The console itself features six total fans, three on each side of the V-shaped upper half. There are multiple ventilation points and a fairly large heat sink to help keep the PS5 dev kit from overheating.

Images of the PS5 dev kit were leaked late last year and those images match the patent. The V-shape on the top of the console is likely in reference to the Roman Numeral for the number five.

Sony Interactive Entertainment had planned a PlayStation 5 reveal event for this week, however, it was postponed at the beginning of the week due to current events with widespread protests across the US and even the world following the death of George Floyd. Sony said they will announced a "new date soon."

There was a recent report that the CPU for the PS5, which is a custom AMD Zen 2 processor, will be entering the final stages of the manufacturing process next week.

The PlayStation 5 will launch in Holiday 2020. 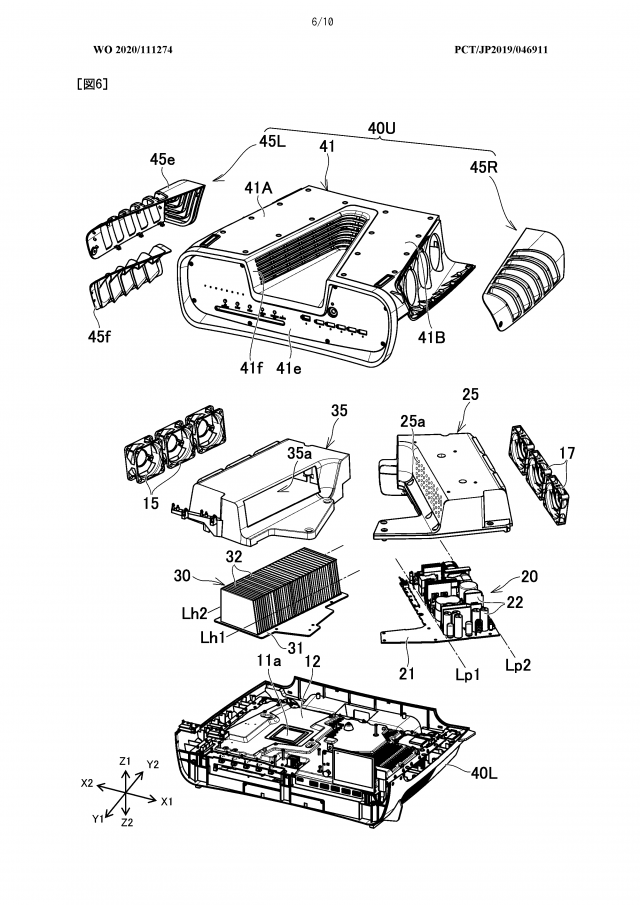 We already had another patent, but good to see this one as well with some break down.