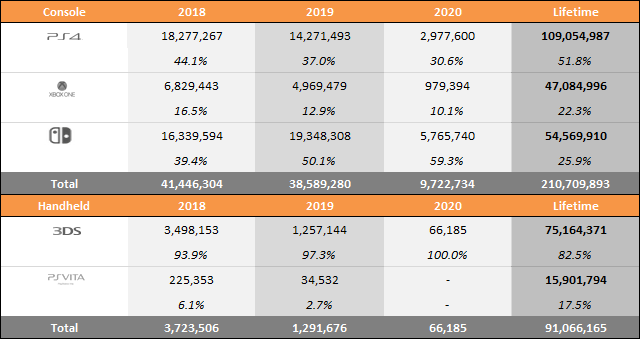 There were adjustments made to our figures as NPD figures showed we were a bit low for sales of the 3 major consoles in March.