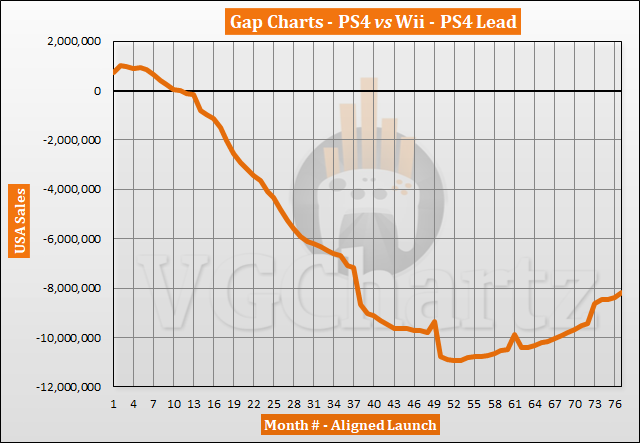 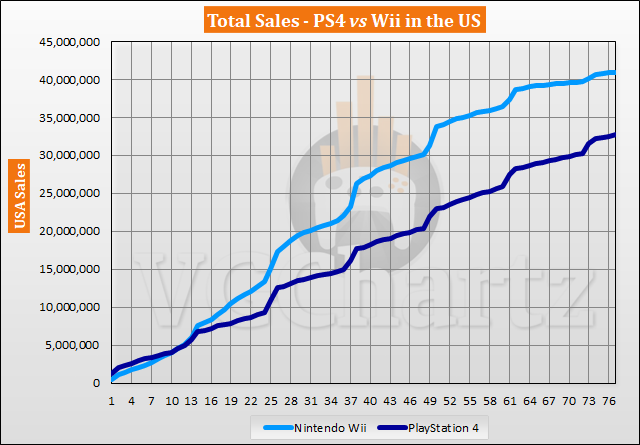 The Wii sold units 41.70 million lifetime in the US, therefore the PlayStation 4 needs to sell another 8.92 million units to outsell the Wii.

it doesnt. The ps4 is not going to sell over 8M more units in the us.

I also think PS4 will catch the Wii numbers in the US anymore. Unless Sony decides to do some price cuts within the next years and at some point selling the PS4 Pro for like 199 USD or so.

It has a chance, but it's unlikely. PS4 sold I believe 2.5m units last holiday (November and December) and just under 3m for Jan. - Oct. So it needs a minimum of 2 years of sales to do it, with new consoles launching this holiday. However, the thing is has going for it is I think next-gen launch prices are going to be more than most people are willing to immediately jump into, and so people will get the $199 PS4 bundles for the holiday and wait a year or two before jumping on board, allowing the PS4 to creep its way closer to the Wii.

lol, i just noticed i forgot to write the "not" xD ... It should read: "will NOT catch the Wii numbers in the US anymore" ^^