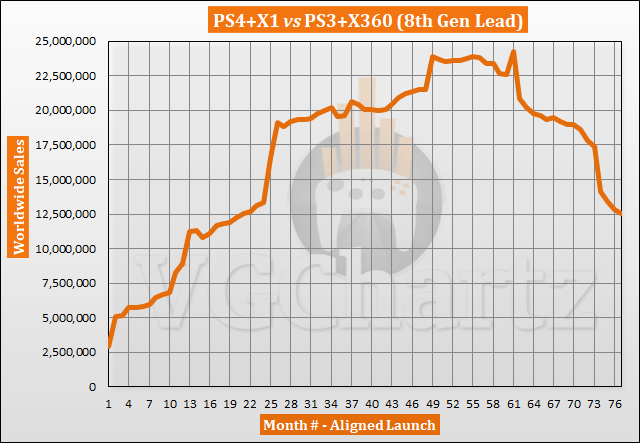 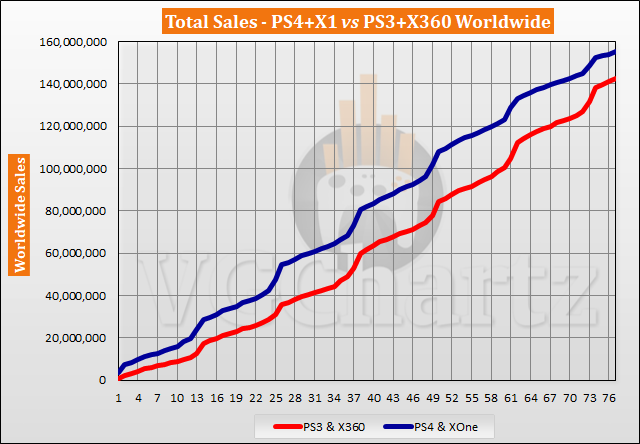 XOne has dragged this race hard. The PS4 drop is sharper than expected, TLOU2 delay will affect that even more. I think this race is gonna depend on whether Gen 8 drops harder than Gen 7 did when Gen 8 launched.

In the end it will get pretty close, but I think PS4 + XBOne will manage to sell the necessary 18.15 million units within the next 2-3 years until their very end of life.

How many units of PS3 and XBOX 360 were sold the year XBONE and PS4 launched?